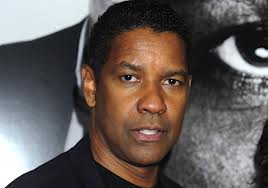 Denzel Washington Graduation Speech, May 2011
Thank you. Thank you very much. I am obviously the most unorganized. Everyone else has nice boxes to bring their script up in; I just like kind of got it all messed up here put inside of a magazine so, in fact, I don’t even have it in the right order, let me get it in the right order here. So if it starts like flying around the stage just, you know, run around and grab it for me and bring it back up here for me. I’ll keep going as I can.