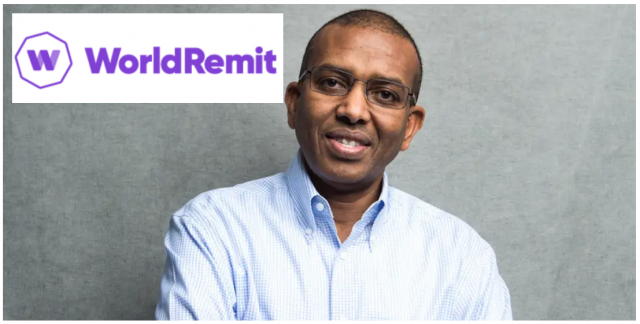 In 2021 – World remit reached unicorn status. It was the first black owned company to achieve such heights of success.

Ismail Ahmed is the Founder and Chairman of WorldRemit, the leading digital money transfer company that’s pioneering a mobile approach to sending money around the world. Ismail founded the company in 2010. Since then, it has secured over $375 million in funding, backed by Accel, TCV and LeapFrog, and has been named the fastest growing technology company in the UK.

Serving previously as a compliance adviser to the United Nations, Ismail founded the company on the principles of strong compliance procedures, recognising that the only way to meaningfully reduce the risks in the money transfer industry was to bring the entire process into the digital world. Ismail has been named one of the top ten most influential black Britons in the UK and won EY Entrepreneur of the Year, London and South.

Originally from Somaliland, he has worked with the UN in Nairobi and Dubai. He has a PhD from the University of London and an MBA from London Business School.

The Sahamiye Foundation is based in London and Hargeisa, Somaliland’s capital.

Ahmed has committed $500 million of his own wealth and investments over the next ten years to Somaliland-focused development programmes.

“In choosing to move away from traditional solutions offered by the aid sector, Somaliland has received very little development assistance,” the Sahamiye Foundation explains.

The group therefore wants to help the country move past “traditional models of donor funding and towards a more entrepreneurial, scale-up approach”.

Launched in 2010, WorldRemit’s first market was Somaliland. “Since then, the market has flourished,” says Ahmed.

The sovereign state, which sits in Africa’s northeast peninsula and houses some 4.5 million people, has “one of the best” mobile technology infrastructures in Africa, according to Ahmed.

He also cites Somaliland’s international remittance growth, which increased 15% in 2020 to $1.3 billion, according to central bank data.

As well as its multi-million-dollar commitment, Ahmed’s new fund is also seeking to double Somaliland’s literacy rate from 45% to 90% by 2023.

As part of this commitment, the Sahamiye Foundation pledges to help at least “one million adults and young people acquire literacy skills”.

A tenth of these recipients will develop technical and vocational skills for entrepreneurship.

Some of the funds will also go towards start-up accelerators. In the last year, Innovate Ventures has launched at least two accelerators offering up to $30,000 in equity investment to Somaliland start-ups.

The Sahamiye Foundation joins other entities which have invested in the country over the years.

Port operator DP World announced a $442 million investment into the country back in 2018. Then last year, GUUL Group announced a $100 million, five-year investment to the Somaliland Sun.

“As we have seen from recent inward investment to Somaliland, the potential multiplier effect is even more compelling,” says Ahmed.

The Sahamiye Foundation has already launched a number of initiatives. These include free app Daariz, which helps those with low literacy skills learn the Somali language.

‘Books for Change’, another of Ahmed’s ideas, commits to supplying one million low-priced books every year to the country. Whilst ‘Resources for Schools’ provides a suite of digital and print educational materials to schools and colleges.

The WorldRemit founder has also donated $1 million worth of personal protective equipment (PPE) and COVID-19 laboratory testing equipment to Somaliland.

How to Transfer Money Abroad from the UK for Cheap Today

Meghan Markle’s Message For The Next Generation Of Women Leaders

If anyone knows about Bitcoin it is OBI NWOSU – owner of Coinfloor, UK’s...