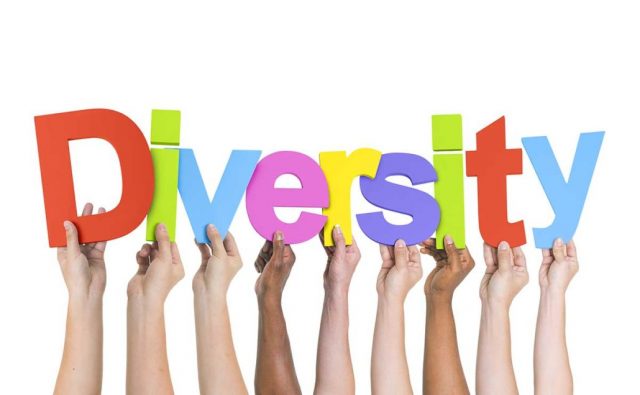 The Queen is to appoint a Diversity Tsar to modernise the Monarchy. This we believe has been prompted by talk of racism during the Prince Harry and Meghan interview with with Oprah. It is a positive result and means that what was said is being taken seriously.

Sources say the proposed move is an acknowledgment that ‘more needs to be done’ to champion minorities’ rights and follows the explosive claims made by the Duke and Duchess of Sussex of institutional racism.

As part of a major drive encompassing Buckingham Palace, Clarence House and Kensington Palace, aides will undertake a ‘listen and learn’ exercise over the coming weeks which will involve speaking to a range of businesses and individuals about how the Monarchy can improve representation.

The Palace will ‘seek independent views’ to help assess and improve the approach to diversity – including ethnic minorities, the disabled and the gay and trans communities.

The Duke of Cambridge’s rift with his brother is said to have soured even further when the Sussexes ‘blindsided’ Her Majesty with a terse statement hitting back at the Palace last year.

In a post on their SussexRoyal website the couple wrote ‘there is not any jurisdiction by The Monarchy… over the use of the word “Royal” overseas’.
The curt phrasing, issued as courtiers haggled over the Sussexes new settlement away from frontline duties, crossed a line for William, who felt it a slap-down to the Queen.

The tension was palpable during the brothers’ last public engagement together, at a Commonwealth Day service in Westminster Abbey, and the SussexRoyal statement was still at the front of William’s mind, friends said. We all noted that Prince William and Kate did not greet Prince Harry and Meghan on arrival at their seats.

The potential recruitment of a diversity chief to champion reform is also set out. A Royal source said: ‘This is an issue which has been taken very seriously across the Households.
‘We have the policies, procedures and programmes in place but we haven’t seen the progress we would like and accept more needs to be done. We can always improve.
We are not afraid to look at new ways of approaching it. The work to do this has been under way for some time now and comes with the full support of the family.’

The project has been given fresh impetus as Harry and Meghan appear to step up their battle with the Royal Family over racism.
In their interview with Oprah Winfrey, they claimed a family member asked how dark their son Archie’s skin might be – although their accounts differed as to whether the alleged comment was made before or during pregnancy.

Ms Winfrey responded: ‘Because they were concerned that if he were too brown, that that would be a problem? Are you saying that?’
Meghan replied: ‘I wasn’t able to follow up with why, but if that’s the assumption you’re making, I think that feels like a pretty safe one.’

Prince Harry said racism had been a major factor in the couple’s decision to move to California. Ms Winfrey later conveyed that the alleged comment had not been made by either the Queen or the Duke of Edinburgh.

In a statement two days after the initial broadcast on the US TV network CBS, Buckingham Palace insisted it took the couple’s claims – particularly on race – ‘very seriously’, but pointedly added that ‘recollections may vary’, suggesting some allegations are disputed.

Prince William said later: ‘We are very much not a racist family.’ But The Mail on Sunday understands the issue of racism continues to sour the relationship between Harry, his father and his brother – and was the reason Gayle King, a US chat-show host and friend of Harry and Meghan, last week described recent phone calls between them as ‘not productive’.

It is understood that the Sussexes feel that while disputed allegations of bullying made against Meghan are the subject of an independent review ordered by the Palace, the claims of racism aren’t under formal investigation.

What do we imagine would be the outcome if there was an independent investigation into racism and exclusion at the Royal institutions? Were Meghan to write a book about what she has noticed during her stay in the institution – that book would be worth hundreds of millions. The book could cover race, class and gender and centuries old customs. The commonwealth in particular would be very much interested on how the Royals really live and think about black and brown people.