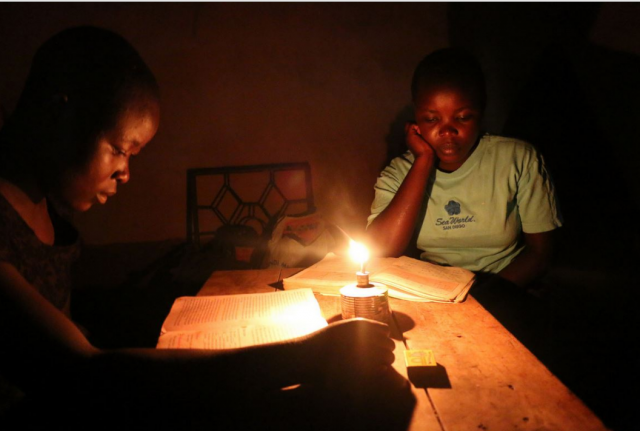 This article provides a historical perspective to electricity problems in Africa.
(first published 18 Feb 2013)
Africa’s power sector is facing many challenges, mainly due to insufficient generation capacity which has limited electricity supply, resulting in low access. The main obstacle to the increase in electricity generation capacity is the high cost of producing electricity, forcing governments to subsidize consumption.
In 2010, the average effective electricity tariff in Africa was US $0.14 per kilowatt-hour (kWh) against an average of US $0.18 per kWh in production costs. Consumption is effectively subsidized, but with significant disparities among African countries. For example, while electricity tariffs in South Africa and Zambia are among the lowest in the world, prices in Djibouti and Gabon are among the highest globally. African countries should adopt efficient schemes of electricity pricing in order to foster the development of a viable and well-functioning power industry. The average tariffs in Africa are also much higher than in other developing regions. For instance, in 2010, the average effective tariff in South Asia was US $0.04/kWh, while that for East Asia was US $0.07/kWh.
Factors that contribute to the high cost of generating electricity in Africa
National power systems and geographical constraints: The most cost-effective way of generating electricity is through large power plants, which allow for economies of scale. In Africa, the power generation industry is dominated by costly small-scale power systems. Although small-scale power generation systems are useful for connecting remote areas to the national grid, they lead to higher transmission and distribution costs, mainly arising from electrical losses.
Geographical constraints represent an additional constraint to development of the electricity market in Africa. In countries where electricity is mainly generated through hydroelectric power stations, availability and reliability of power is highly dependent on weather conditions. During periods of poor rainfall or heavy flooding, power shortages and disruptions can be a frequent occurrence. These uneven weather events add up to the cost of generating and transmitting electricity in countries with challenging geographic conditions.
Fossil-fuel based generation: Fossil-fuel based power generation is the single largest source of electricity generation in Africa. However, fossil fuels are the most expensive means for generating electricity, and this could be exacerbated by high fuel prices. In a number of countries, emergency energy solutions, which constitute a large part of installed capacity, also rely mostly on fossil-fuel energy. The costs of emergency generation are in the range of US $0.2 to US $0.3 per kWh, which is much higher than the cost of conventional generation.
Low demand for electricity: Although the demand for electricity is growing rapidly in Sub-Saharan Africa – from 153 kWh per capita today to 235 kWh in 2020 it is low compared to the global average of 2,730 kWh recorded in 2009. Including North Africa and South Africa, per capita electricity consumption is 620 kWh. Coupled with low tariffs, the low demand for electricity does not permit utility companies to generate a good return on their investment.
Reduce the cost of electricity generation in Africa
Reducing the cost of generating electricity could significantly improve the overall energy supply in Africa. However, this requires a multi-pronged policy intervention bringing together governments and industry players to ensure financial viability of power utilities. Exploiting renewable energy sources and liberalizing the energy sector to attract private-sector participation could also improve the cost effectiveness of producing electricity. Improving the state of power infrastructure could also reduce transmission leakages and attendant costs.
Exploiting renewable energy sources: The short-term costs of electricity generation from renewable energy sources could be prohibitive. However, in the long term, fixed costs are likely to be offset by the adoption of feed-in tariffs schemes and the economies of scale in the generation of electricity.
Developing the renewable energy industry should proceed within the broader framework of long-term national energy strategies and scenarios which do not distort the market. This would allow the emergence of a reliable national power system based on an efficient energy mix which provides national energy security and independence.
Liberalizing the power generation industry: Mobilizing private sector investment in Africa’s power sector will strengthen supply conditions in the industry. African authorities need to undertake reforms to dismantle obstacles that constrain private investment in the electricity sector. In particular, the regulatory bodies should reform the tariff structure and remove the subsidies to public power utilities to allow for competitive price-setting in the market.
Investing in infrastructure: Currently, the total power capacity installed in Africa is at 147 GW. This is equivalent to total capacity installed in Belgium and to what China installs every one to two years. Half of the population in Sub-Saharan Africa is expected to remain without access to electricity even in 2030.
In order to overcome the infrastructure challenge, Africa will need to add up to 250 GW between now and 2030. The magnitude of power infrastructure investments required is substantial, estimated at US $40 billion every year. African governments should scale up resource allocation for development of power infrastructure.
Promoting inter-regional interconnections: Regional integration creates economies of scale, permitting for lower costs across all aspects of infrastructure including for power. Estimate show that cross-regional collaboration could reduce electricity costs in Africa by US $2 billion per year. Given the strategic nature of power to the economy, African governments should build high levels of trust in order to share in the cost of developing power infrastructure for long-term benefits of their economies. African governments should also collaborate with their development partners in order to build a reliable power sector. The African Development Bank supports the integration of the power sector in East Africa.
Source https://www.afdb.org
African Development Bank