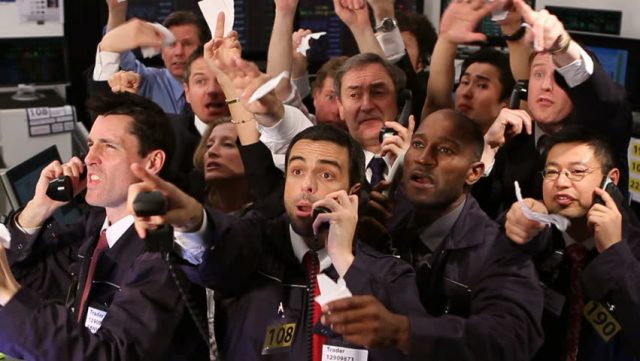 Wall Street remains a hard place for blacks to get ahead.

Fifty years to the day that Rev. Martin Luther King Jr. told a crowd of 250,000 in Washington that “the Negro… finds himself an exile in his own land,” Wall Street is mostly a foreign country for black workers.

The difficult road that blacks still face in the heart of America’s financial capital was underscored by news on Wednesday that brokerage giant Merrill Lynch has agreed to pay $160 million to settle racial discrimination claims by black brokers.

Despite what would be the biggest race-discrimination lawsuit payout ever by an American employer, Wall Street-based or otherwise, King’s dream remains just that for blacks trying to get hired, promoted and paid well in the financial industry.

A lawyer for the 700 Merrill Lynch brokers who sued said the alleged pattern of under-hiring black brokers, and Merrill’s practices of allocating customers that allegedly made it more difficult for those brokers to build business are not unique to that firm.

She noted that her firm had previously filed and ultimately resolved a class-action lawsuit claiming sex discrimination by Merrill Lynch against female employees.

When a black Merrill broker named George McReynolds retained Bish’s firm to sue for race discrimination, “We were kind of stunned to realize the predicaments for African-American financial advisers were even worse,” she said.

Bill Halldin, a Merrill Lynch spokesman, declined to comment when asked to confirm either the settlement being reached, or the $160 million figure.

But Halldin said: “We are working toward a very positive resolution of a lawsuit filed in 2005 and enhancing opportunities for African-American financial advisers.

Wall Street, like many other elite workplaces in America, was largely barred to blacks for decades because of long-standing discrimination.

It took until 1970 for the first black man to make a trade on the New York Stock Exchange’s floor—former New York Giant player Joseph Searles III.

Since then, many more black men and women have been hired and promoted by Wall Street firms.

But observers said the long-standing culture on the Street has frustrated efforts to get employment levels and compensation for both women and blacks in line with their numbers relative in the overall population.

A 2010 Government Accountability Office report noted from 1993 until 2008 “overall diversity at the management level in the financial services industry did not change substantially from 1993 through 2008, and diversity in senior positions remains limited.”

Although blacks account for about 14 percent of overall U.S. population, they held just 2.8 percent of senior positions in financial services companies, where white males held 64 percent of the top jobs.

“I believe there’s still discrimination against African-Americans on Wall Street, just like we’ve seen with women,” said Wall Street securities lawyer Jacob Zamansky. “There’s a glass ceiling, and the compensation is not the same for them.”

“It’s still a white man’s game. Women and blacks are not invited to the right level at firms and I think that’s insidious,” Zamansky said.

“At this time, in 2013, we should not have discrimination after all this country’s been through.”

Derek Sells, a New York lawyer who has filed a number of discrimination lawsuit against Wall Street firms, said the racial bias his clients have experienced is not just limited to decisions of hiring, promotions and pay.

“It’s still startling to see the number of overt acts that occur in the workplace, particularly when so much attention has been focused on workplace discrimination and harassment,” he said.

In a case Sells filed this year in New York, his client Dabotubo Horsfall, an African-American vice president at Morgan Stanley, claims he was not properly compensated for work he did. The suit claims he was denied significant bonuses, even after helping close a deal that earned the firm in excess of $150 million in profits. Horsfall’s suit alleges “blatant discriminatory treatment on account of his race.”

Sells, without speaking directly about Horsfall’s case, said the defenses he’s heard from firms that he’s sued for discrimination in hiring and promotion is “well, they’re not qualified.”

“It’s always, ‘The performance is poor,’ or, ‘They’re not meeting expectations’,” Sells said.

But Sells said those explanations are sometimes undercut during litigation, when he gets access to employment records and sees that his client have been passed over for promotion in favor of white employees “whose qualifications are less” than black candidates.

“When you see this pattern repeated over and over again, then you know things aren’t as they should be,” Sell said.

“I think, in one sense, the country has come a long way, obviously, when the president of the United States for a total of two terms is an African-American man,” Sells said.

But Wall Street, he added, remains and “old-boys’ network to a large extent.”

Danny Sarch, a financial executive headhunter at Leitner Sarch Consultants, said that sensitivity to the Wall Street tradition of being an old-boys’ network “is much greater than it was” in terms of making advances in hiring both blacks and women.

“I’ve certainly seen more minorities in senior positions than there were,” he said.

Sarch said that “to a great extent Wall Street is still a meritocracy,” and he believes that people who can earn their firms money tend to be justly rewarded for that, regardless of their race.

But he said that to the extent that some people still may discriminate, “if these types of settlements”—referring to the Merrill Lynch case—”don’t make you learn, then you’re an idiot.”

It is now 2021 at the time of posting this article on BlackEconomics.co.uk