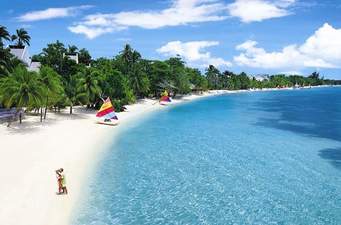 Thirty years ago the US and the IMF moved to destabilise Jamaica’s radical government with disastrous consequences for the population, writes Abbie Bakan

When Michael Manley and his People’s National Party (PNP) were elected in Jamaica for a second term in December 1976, all who challenged imperialism and racism walked tall.

It showed that the country backed his refusal to adhere to the repressive terms demanded by the International Monetary Fund (IMF). “We are not for sale,” he announced to a cheering crowd of 35,000 at the National Stadium in the capital Kingston.

At the time, Manley was recognised as “the Socialist International’s most important representative in the Third World”, according to Caribbean scholar Fitzroy Ambursley.

This was a test case – for both the IMF and the anti-imperialist movement. The proposed IMF structural adjustment programme for Jamaica was to be a model for neoliberalism and global debt negotiations throughout the Third World.

The story of the rise and demise of Manley’s battle with the IMF is rich in lessons for today’s anti-globalisation movement.

Jamaica is a tiny island nation in the Caribbean, the home of Bob Marley, reggae music and the birthplace of pioneering black nationalist leader Marcus Garvey.

Ever since Christopher Columbus landed and mistakenly thought himself in India over 500 years ago, the Caribbean islands have also been the object of colonialist occupation and exploitation.

Michael Manley was a symbol of resistance not only in Jamaica but internationally. He first came to office in the 1972 election.

Manley’s early years in power saw a number of important progressive reforms for the population.

The previous ban on Marxist and Black Power literature was lifted. Secondary education was made free and accessible, and a partial land reform policy was enacted.

The foreign-owned electricity, telephone and bus companies were nationalised.

In January of 1974, Manley’s government announced a plan to alter the system of tax breaks offered to US and Canadian bauxite (aluminium ore) companies based in Jamaica.

These companies mined aluminium for the war industry. The PNP annulled previous agreements and imposed a production levy on all bauxite mined or processed in Jamaica.

This ruling severly provoked the anger of the US and other ruling classes. A massive, and now well-documented, destabilisation campaign followed.

Aluminium and bauxite processing were shifted to other locations. The levy was claimed to be illegal and contested by the bauxite companies, which filed actions with the World Bank’s international centre for the settlement of investment disputes.

Local businesses, which had gone part way with Manley on the nationalisation of foreign businesses, now buckled and found common cause with their international allies.

At first Manley attempted to hold a steady course.

Fuelled by popular support among Jamaica’s working class and peasantry, the radical prime minister resisted the terms of an IMF reform package.

In the December 1976 election Manley was re-elected in a landslide, winning 47 of the 60 seats in the parliament.

But after Manley’s refusal to adhere to the terms of the IMF, the economy was strangled by sanctions while a media campaign sent a wave of fear among potential tourists.

Lay-offs increased, interest rates skyrocketed and everything from soap to canned fish was in desperately short supply.

This was the limit of social democratic reform. Manley would soon prove an unreliable ally of the poor and the working class – and there would not be sufficient independent organisation among the mass of the Jamaican working class to steer their own course when he started to retreat.

Despite radical rhetoric, by May of that year Jamaica had accepted an IMF “standby agreement” of £38 million to ease the balance of payments crisis.

The IMF re-established a line of credit – with massive strings attached.

The loan was conditional on an attack on the standard of living of the population. The poorest were hit the hardest, with a dramatic cut in public spending as the leading edge of the programme.

As Jamaica was put to various IMF “tests”, repeated failures led to more and more regulation of the island’s domestic economic programmes.

Confusion and despair spread among Jamaica’s population, especially young students and the poorest sections of workers and peasants. Political violence and the fortunes of the black market soared.

By the election of October 1980, the JLP under the leadership of Edward Seaga was back in office, and with the largest margin of victory in its history – 52 seats to the PNP’s eight.

Only a year earlier, revolutions in Grenada and Nicaragua indicated that there was a growing mood of opposition to the US-dominated market model in the region.

But now Jamaica had set a pattern of moving halfway in opposing the grip of the imperialist market, and then backing down.

The JLP’s Seaga government was welcomed by the US as the new model of the times. This gave confidence to the likes of Ronald Reagan and Margaret Thatcher – and heralded the rise of neoliberalism.

At the end of the eight years of Manley’s “democratic socialism”, the average income in Jamaica was 25 percent lower and the cost of living 320 percent higher.

Like many social democratic governments before and since, Manley’s reformist politics proved incapable of mounting the challenge needed to halt the force of global capital.

But at the end of Seaga’s term, Jamaica had paid out a total of £443 million to its foreign creditors, including £176 million to the IMF.

Jamaica’s foreign debt had grown to over £2.2 billion, among the highest per capita in the world.

It was in this context that Manley returned as prime minister to lead another PNP government in 1989.

He had abandoned the left rhetoric of his earlier government. Instead the market was seen as the triumphant model to pursue. However, even on the terms set by the IMF, Jamaica had clearly failed to meet anticipated development goals.

Rather than economic prosperity, Jamaica endured further decades of insufferable poverty. Today, even the IMF’s own economists are starting to recognise the problem.

In a 2006 IMF-commissioned working paper, Public Debt and Productivity: The Difficult Quest for Growth in Jamaica, author Rodolphe Blavy struggles with the apparent “puzzle” of Jamaica’s low growth rates.

He concludes that perhaps massive debt might have something to do with it, noting that Jamaica is “among the most indebted countries in the world”.

Today we are in a new period of radical reform in the Global South. There are certainly many similarities between the politics of Hugo Chavez and the first government of Michael Manley.

But there are also differences. Venezuela has far more resources than Jamaica. The US is a less powerful player relative to its competitors in the world economy than 30 years ago.

And if there is a strong, independent movement of workers and the poor, the forces of resistance may well have a better chance of staying the course.

But the history of Jamaica’s battle with the IMF makes it clear that if the grip of imperialism is to be definitively challenged, it must be replaced with another system based on very different priorities.

And it will be the working classes and the poor, not the corporate bosses, who will have to set those priorities.

Michael Manley 1924-1997
Norman Manley, Michael’s father, was the founder of the People’s National Party.
The rival Jamaica Labour Party was founded in 1962 by Michael’s cousin Alexander Bustamante.
Michael Manley won the Central Kingston seat in the Jamaican Assembly in 1967. He retained this seat in repeated elections until his retirement in 1992.
Abbie Bakan is the author of Ideology and Class Conflict in Jamaica: The Politics of Rebellion, which is published by McGill-Queen’s University Press.