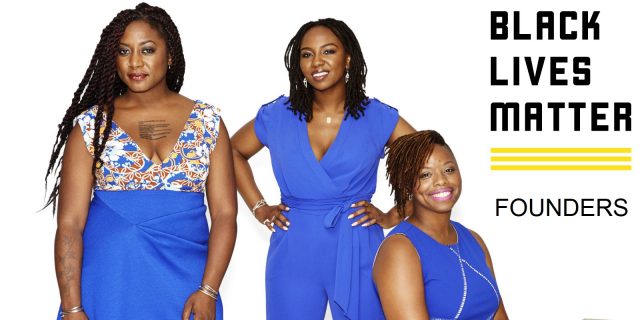 On July 13, 2013 “Black Lives Matter” disrupted business as usual and impacted the world. They started protesting because of the fact that a black teenager was killed and no one seemed to care.

Trayvon Benjamin Martin (February 5, 1995 – February 26, 2012) was a 17-year-old African-American teenager from Miami Gardens, Florida, who was fatally shot in Sanford, Florida by George Zimmerman. Martin had gone with his father on a visit to his father’s fiancée at her townhouse at The Retreat at Twin Lakes in Sanford. George Zimmerman was acquitted.

Born out of a social media post, the Black Lives Matter movement has sparked discussion about race and inequality across the world.

This year – 2020 – will be the 7th Anniversary of #BlackLivesMatter

Alicia Garza – Writer and Activist launched a global movement with a single Facebook post that ended with the words “Black Lives Matter”.

Patrisse Cullors – Activist and Artist created the hashtag #BlackLivesMatter as a tonic against years of injustice by polivce forces and prisons.

Opal Tometi – Human rights activist took the phrase across social media and helped turn the hashtag into a networked movement.

7 Years Later and Black Activists Are Still Fighting the same causes. There have been more deaths in police custody. The tragedies have not slowed down or stopped.

I’ve always fought for my family. My community. For Black poor people.

That’s why when Trayvon Martin was murdered and in 2013 when George Zimmerman was acquitted my body and spirit was moved into action. I couldn’t imagine how in 2013 a white passing person could kill a young boy and not be held accountable. I didn’t want George Zimmerman to be the period to the story. I didn’t want his name to be the name held up over and over again by the media, by his fellow white supremacists.

That’s why when I saw the phrase Black Lives Matter spelled out by Alicia Garza in a love letter towards Black people – I decided to put a hashtag on it. Alicia, Opal, and I created #BlackLivesMatter as an online community to help combat anti-Black racism across the globe. We firmly believed our movement, which would later become an organization, needed to be a contributing voice for Black folks and our allies to support changing the material conditions for Black people.

For more than 500 years Black people have been fighting for our freedom. We have fought back against slavery, Black codes, Jim Crow laws, policing, incarceration, some of the highest unemployment rates, consistent homelessness, dying while giving birth, being murdered for being trans or non-binary. We have been the consistent moral compass in a country that has thrived on harming the most vulnerable of its population.

Every Black person who has fought for our dignity deserves the deepest bow of gratitude. Six years later and Black activists and organizers are moving forward towards justice, towards visions, towards a world where our families and communities are no longer the sacrifice for a better America, for a better world. We are doing that through our continued fight against elected officials, be it Democrat or Republican, who don’t share a vision that is radical and intersectional. We are building grassroots power with Black communities who have been left out the political process. We are building new spaces and places that tell Black stories and remind the world our everlasting contributions.

In the last six years many of us faced down tanks, rubber bullets, were forced to do jail and prison sentences, have been surveilled, lied on, called terrorists, been given false labels by the FBI, and some of us have lost our lives. These six years have been the most profound six years of my life and the most traumatic and destabilizing six years of my life.

In a spirited conversation with Mia Birdsong, the movement’s three founders share what they’ve learned about leadership and what provides them with hope and inspiration in the face of painful realities. Their advice on how to participate in ensuring freedom for everybody: join something, start something and “sharpen each other, so that we all can rise.”

Q – Mia Birdsong: Why is Black Lives Matter important for the US right now and in the world?

A. Patrisse Cullors: Black Lives Matter is our call to action. It is a tool to reimagine a world where black people are free to exist, free to live. It is a tool for our allies to show up differently for us.

I grew up in a neighborhood that was heavily policed. I witnessed my brothers and my siblings continuously stopped and frisked by law enforcement. I remember my home being raided. And one of my questions as a child was, why? Why us? Black Lives Matter offers answers to the why. It offers a new vision for young black girls around the world that we deserve to be fought for, that we deserve to call on local governments to show up for us.

We need this because the global reality is that black people are subject to all sorts of disparities in most of our most challenging issues of our day. I think about issues like climate change, and how six of the 10 worst impacted nations by climate change are actually on the continent of Africa. People are reeling from all sorts of unnatural disasters, displacing them from their ancestral homes and leaving them without a chance at making a decent living.

Q. MB: So Alicia, you’ve said that when black people are free, everyone is free. Can you talk about what that means?

A. Alicia Garza: Sure. So I think race and racism is probably the most studied social, economic and political phenomenon in this country, but it’s also the least understood. The reality is that race in the United States operates on a spectrum from black to white. Doesn’t mean that people who are in between don’t experience racism, but it means that the closer you are to white on that spectrum, the better off you are. And the closer to black that you are on that spectrum the worse off your are.

When we think about how we address problems in this country, we often start from a place of trickle-down justice. So using white folks as the control we say, well, if we make things better for white folks then everybody else is going to get free. But actually it doesn’t work that way. We have to address problems at the root, and when you deal with what’s happening in black communities, it creates an effervescence, right? So a bubble up rather than a trickle down.

The public murder of George Floyd captured on video on Memorial Day 2020, is now etched into the senses of the world. It provided proof – (if any was needed) that indeed black men were being treated as if their lives did not matter.

The Black Lives Matter movement has now been adopted by mainstream in May/June of 2020, hundreds of thousands of people around the world were protesting to the beat of Black Lives Matter. No defence whatsoever could be offered about the 4 police officers who caused George Floyd’s death. And coming so soon after lockdown for the Covid19 Pandemic all the pent up energy has been placed in that direction. Once it was discovered that the policemen had not been arrested – it propelled people onto the streets to say that is outrageous.

The huge difference with previous demonstrations was that now that that white people as well as Asians, Hispanics and Europeans were now joining in, and were more numerous than black demonstrators. There were demonstrations across the world in countries where this has never been seen before, including Germany, Australia, New Zealand, South Korea. It seems that the time has come for real change. It is not just seen as a black problem, but everybody’s problem. Whites are being encouraged to be strongly anti-racist, and not be complicit in silence. It is not enough to say nothing, or shake your head. It is time to actively take a stand against racism.

Celebrities, Sports People and Companies are taking a visible stand against racism. Is this the change we seek. Black Economics welcome these movements. We are encouraged and blessed by acts of communities coming together and to understand the struggle of black people and to build bridges. We hope it is not a passing fad, then it will be business as usual.

Surely this is the change that Sam Cooke sang about “A change is gonna come”.
Time will tell.

White Boys Struggling at School Should Get Special Treatment