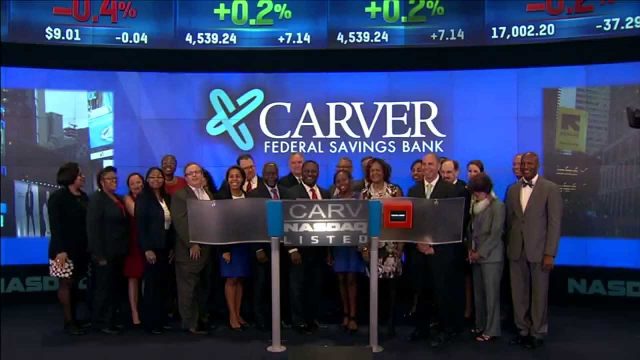 In the summer of 2020, The U.S. saw protests bringing to light police brutality toward African Americans across all 50 states.

For the last month, the U.S. has been embroiled in civil unrest, as protests against police brutality and systemic racism engulf all fifty states and force many to recognize the injustices African Americans have faced for far too long. At the very least, everyone is responsible to help foster a new environment of empathy and action to address these issues.

One way to elevate the African American community, as it pertains to the stock market, is by recognizing and highlighting publicly-traded companies that are black-owned. Below, we profile bank stock Carver Bancorp Inc (NASDAQ:CARV) and real estate investment trust (REIT) RLJ Lodging (NYSE:RLJ).

Carver Bancorp is a holding company for Carver Federal Savings Bank, the largest black-operated bank in the country. Founded in 1948 to help serve African American communities, it is designated by the U.S. Treasury as a Community Development Financial Institution (CDFI).

On the charts, CARV is fresh off a 16.4% weekly win, and at last check is up a whopping 600% today to trade at $16.78, its highest levels since 2011. Prior to today’s huge breakout, support appeared to be in place at the $1.60 level, an area that’s only been breached once on a closing basis since April. An additional floor could be the stock’s $5 million market cap. Going forward, the shares’ 20-, 40- and 80-day moving averages are starting to cradle under CARV’s last price point, but the 200-day moving average –which CARV has hurtled today — was former resistance.

RLJ Lodging is a self-advised, publicly traded REIT with a focus on hotels founded by African American entrepreneur L. Johnson. They boast an impressive portfolio of Hyatt, Hilton, and Marriott hotels in high-demand areas. However, like most hotel stocks, the industry has been crushed by the coronavirus pandemic. Going forward, keep an eye out for a surge in revenue per available room (revPAR), an indicator that the industry is climbing out of its hole.

Looking at some RLJ trendlines, its 40-day moving average is cradling under its current perch, while the 80-day moving average is looking to trend upwards. The $16 area — with its 320-day moving average sitting right below — is an area of formidable resistance that had served as support until the February bear gap. If RLJ can break past this barrier, the $18.08 level will be the next area to watch, which is roughly half its record high of $36.24.

A short squeeze could help the equity make a run at the $15 level again. Short interest increased by 33.8% in the two most recent reporting periods to 15.91 million shares, a new record high. This accounts for almost 10% of RLJ’s total available float, and nearly a week’s worth of buying power, at the stocks average pace of trading.

Black Lives Matter May Be the Largest Movement in U.S. History