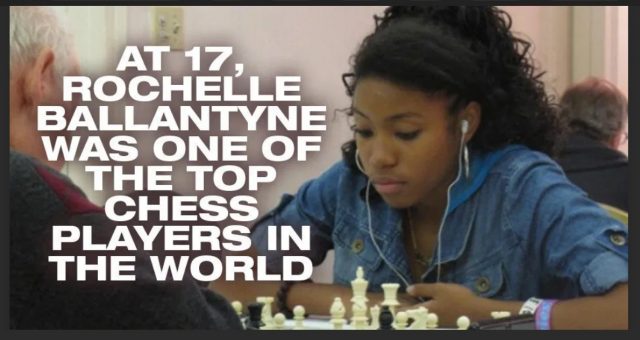 If you only watched the evening news or depended on pop culture to paint a picture of young Blacks, you would probably think that the majority of Black youngsters were only ambitious about sports and music – or caught up in crime and debauchery.

However, the face of Black success isn’t limited to the fields that are occupied by Jay-Z, Beyonce and LeBron James. There are a multitude of young Blacks who are achieving at a high level in science, math, classical music, chess and other knowledge-based areas and preparing to change society.

Stephen entered Morehouse College at the age of 11 and picked up three majors. Now 16, he is currently studying computer science and mathematics. He will likely graduate at 17.

Andrew is a master violinist based out of Atlanta. He was named concertmaster of the Georgia Music Association’s All-State Middle School Orchestra. The title goes to the most skilled musician in the section.

Raised by a single father, Autum was ridiculed by highly regarded conservatives at the age of 7 for writing a poem that highlighted the travesty of slavery. Autum never wavered and mastered languages such as Arabic, Swahili and Spanish. She scored 149 on the standard IQ test. At age 13, she was accepted into the University of Connecticut.

At 17, Rochelle Ballantyne is one of the top chess players in the world. She is currently on the verge of becoming the first Black American female to earn the title of chess master.

Tony used failure as inspiration. After he didn’t place in the eighth grade science fair, Tony interned at Shands Hospital and developed a method of reducing the amount of time it takes to perform hysterectomies and potentially reducing the risk of complications after the procedure. He was honored for his contributions.

Chelsea has been an accomplished pianist since the age of 5. Now 13, Chelsea has performed at Madison Square Garden, the Metropolitan Museum of Art and Steinway Hall. She’s also an artist and straight A student.

Daquan created a walkie-talkie, bulletproof helmet at the age of 12. He’s currently working with Johns Hopkins University to gather funding to patent the idea.

How France continues to Wield Power over Africa