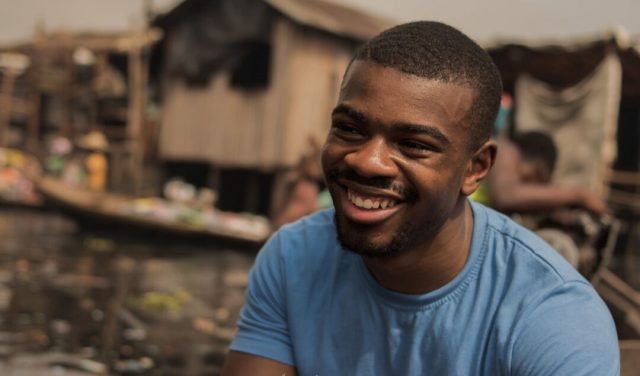 I’m sure you’ve heard of the phrase ‘young people are the future’ and it’s one that seems to annoy quite a few people because it’s such a cliche. But no matter how big of a cliche it is – it’s a fact. Young people are continuing to show us that they can defy the odds, rise up against the barriers before them, and kick down doors preventing them from moving forward.

One Gen-Z, Toni Fola-Alade, is doing just that.

Toni is the CEO of Nomad, a digital bank for startups and small businesses based in Nigeria. At 21 he reportedly became the youngest black founder to raise money in Europe and one of the youngest bank owners in the world.

He launched his bank shortly after he helped launch DoGoodAfrica, a non-profit, which was awarded $94,000 grant money by the CocaCola Foundation to pioneer Lagos’s first circular recycling project.

Through the organization, his team supported 150 vulnerable households across 25 different streets with enough basic staple foods to last ten days, distributed by its team on the ground.

More and more Gen-Z’s and millennials from the community want to work for – and have equity in – companies that have sound principles and exist to truly make the world a better place. They are quick to raise their thoughts with their own employers when their actions contradict their social or moral beliefs.

Away from being able to speak up when they spot an issue within their company – they aren’t afraid to part ways entirely with big corporations and start their own ventures.

Here’s a list of young Black CEOs of thriving startups

Hayes’s NFT collection, named ‘Long Neckie,’ is worth around $3.4 million in cryptocurrency and she has made over $1.6 million in sales.

Long Neckie is a digital art collection that features drawings made by Hayes of people with long necks. Hayes was first introduced to NFTs by her uncle and also watched multiple YouTube videos to learn how to create and sell them.

Her drawings feature diverse women with elongated necks inspired by her favorite dinosaur, the Brontosaurus.

founder and CEO of an Austin, Texas-based tech startup called The Mentor Method, is focused on galvanizing workplace inclusion and equity by reshaping mentorship experiences in support of diverse, rising talent.

Omadeke launched her company in 2017 and closed a $1.6 million seed round in April, making her one of fewer than 200 Black women in the US who have raised more than $1 million in venture capital.

The Mentor Method, whose current clients include Deloitte and the U.S. Department of Education, reportedly has a patent-pending algorithm that removes the bias in the mentorship process, leverages potential compatibility to find matches, and then features a customizable framework focused on professional development and relationship building between matches. It aims to help identify and sustain meaningful mentor-mentee relationships.

Sisters Angela Muhwezi-Hall and Deborah Gladney are the first Black women to raise over $1 million in Wichita, Kansas to fund their company, QuickHire. Gladney and Muhwezi-Hall founded the Black-owned app in April.

QuickHire was founded to serve the restaurant, retail and hospitality industries by connecting paying clients with jobseekers. The sisters are the children of Ugandan immigrants.

Having 60 clients so far, the app has already reached $1.41 million. QuickHire already has 12,000 job-seekers who have been connected to companies such as Hilton Homewood Suites and Doo-Dah Diner through the app.

MATH Venture Partners is one of the venture capital firms backing QuickHire.

Clayborne, 22, had already founded a $20 million (revenue) eCommerce startup before he met Mitchell Jones, 25, the former CEO of Parable. Both men have years of experience working at major tech and finance giants and are now using their respective skills to shake up the industry.

The company they now run together, Lendtable, caters to people who are too financially stretched to maximize their employer’s 401K match and lets them borrow money to maximize the match, boosting their long-term retirement savings.

1 in 4 Americans don’t get their entire 401(k) match. That means 25 million workers are leaving $24 billion on the table in free employer contributions.

The primary reason these workers cannot get their match is, according to Ycombinator, that they don’t have enough to cover living expenses investment.

So the tool the Gen-Z team created has come in handy for dozens of families across the US.

They managed to raise an $18M Series A Investment Round For Their Fintech.

Catherine Hughes: Founder of Radio One and Wildly Successful Entrepreneur