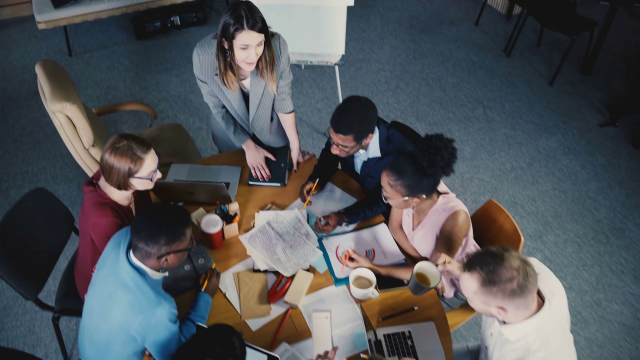 As the spotlight of the Black Lives Matter movement continues to expose deep-rooted inequality embedded within society, ICAEW Insights looks at what the accountancy profession is doing to tackle the issue of bias, inclusion and diversity.

The brutal and very public death of George Floyd in Minneapolis sent ripples out across the world, and for many people, places and organisations has proved a pivotal and transformative moment.

In Britain, the statue of 17th Century slave trader Edward Colston was pulled down and dumped in Bristol harbour, while protests against the statues of other slave traders and imperialist African adventurers such as Sir Cecil Rhodes broke out across the nation.

And within a few short weeks, Labour leader Kier Starmer unleashed his own storm of controversy when he told BBC Breakfast that it’s “a shame” the sentiment behind the Black Lives Matter movement is getting “tangled up with these organisational issues” and it’s “nonsense” to call to ‘Defund the Police’.

Starmer claimed he had been misunderstood and promptly went public with the news that he – and others in the Labour Party – would undergo unconscious bias training.

But professor Binna Kandola, a business psychologist specialising in race relations and unconscious bias in organisations, told Insights: “The issue with Keir Starmer undergoing unconscious bias training is that I’m not sure you could actually describe what he said as being unconscious. It seemed to be a perfectly thought-out and well-articulated description of his position. In other words, it was conscious.

“By first showing regret for what he says though, and then saying that he will undergo unconscious bias training, he seems to be suggesting that he wasn’t aware of the implications of what he said. This is something I would totally question.”.

Kandola, a co-founder of Pearn Kandola, a business-psychology consultancy, who has run diversity workshops for accountancy firms including the Big Four, and other blue-chip organisations, added: “His intentions might be sound, but what is really needed in this situation is that Starmer engages in a debate about his views with people who don’t share them.

“Instead, he seems to be saying he had no idea what he was saying because it was unconscious. What he really needs to do is try to explain his own position better and perhaps to understand the impact his words were having on others. In other words, he needs to engage in a deliberate conversation to explain, and to have others challenge, his consciously held views.”

Part of the solution

Kandola stressed that unconscious bias training can only ever form part of the solution to tackle bias and racism and that the evidence of its effectiveness is variable.

“Unconscious bias training has its place, but it’s not ‘a be-all and end-all’. It is a starting point and can work for some people but needs to be reinforced by what happens subsequently.

Organisations need to ask themselves what they are trying to achieve and then look at how that might fit into delivering that goal, rather than just saying let us give everyone unconscious bias training.”

Most of the bigger accountancy firms, especially the Big Four, will believe they are a significant way along this journey. However, a Telegraph report last month found that only 11 of nearly 3,000 equity partners at the Big Four accounting firms are black – less than 0.4%.

KPMG was the first of the Big Four to voluntarily share its ethnicity pay gap figures since 2017. It says it has been” working to remove any barriers that people may experience at any stage of their career journey with us”.

A KPMG spokeswoman said: “Our ‘Beliefs, Biases and Behaviours’ training teaches our people how to make decisions without unconscious bias, and our ‘More than Meets the Eye’ training encourages our people not to make assumptions based on face value.”

KPMG has also created a ‘black heritage reverse mentoring’ programme designed to “tackle the potential difference in experience of employees from under-represented ethnic backgrounds in our organisation”. To date, some 230 employees from 10 UK sites have taken part since its inception in 2018.

It has also vowed to “at least double” the number of its black partners and directors over the next two years and “do more to engage and retain our black colleagues” in a bid to “build a stronger pipeline of future black leaders”.

Kandola says the profession has form on inequality of opportunity. It was the subject of a 1987 Commission for Racial Equality probe into racism in the recruitment process ‘Chartered Accountancy Training Contracts: Report of a Formal Investigation into Ethnic Minority Recruitment’.

Fast forward over three decades and many positive strides forward have been made. But it’s fair to say there’s still room for improvement.

A spokeswoman at EY said: “We know that the experience of our black colleagues, and those from other ethnic groups, is not the same as that of our white colleagues. We will not rest until EY is truly diverse and inclusive for all. We will not tolerate racism at EY. We will do more, and we will do it faster.

“Over the past month, we have started the conversation with our people, and it is increasingly evident that we haven’t done enough. Strong leadership from EY’s Race & Ethnicity Network and the EY black community has elevated the voices of our colleagues to share how discrimination and racism show up in our workplace. We will work more closely with our people to ensure that the actions we take will create lasting cultural change at pace, especially for our black colleagues.”

Among its race and gender commitments is a target of 40% female and 20% BAME partners by 2025, recognising “the significance and importance of representation at senior levels in the firm and commit 15% of our BAME target to be black partners”.

Grant Thornton told Insights that the firm has been running unconscious bias programmes since 2018.

Jenn Barnett, Grant Thornton’s head of inclusion, diversity and wellbeing, said: “We celebrate inclusive behaviours and have trained 85 ‘Inclusion Allies’ across our firm in unconscious bias, micro-aggression and privilege so that they are confident in calling in unintentional exclusion to help our people feel safe and supported. Unconscious bias training also forms part of our ‘Everyday Inclusion Workshop’ which is mandatory for everyone involved in recruitment at the firm.

“We also strongly encourage the firm’s leadership to participate in the training and have recently added more material to help our senior decision-makers understand privilege and how this privilege can be used to actively advocate for people from underrepresented backgrounds,” continues Barnett.

“We also run a reverse mentoring scheme, which partners senior leaders in the firm with someone who is more junior and from a different background from them in terms of age, ethnicity, socio-economic background and often gender. We currently have 50 successful reverse mentoring partnerships.”

After 30 years in the race relations industry, Kandola says that like a virus, modern racism has mutated.

“In many organisations these days, the blunt, crude obvious and ugly behaviours do still occur, but less frequently. They have been replaced by more subtle, oblique, indirect behaviours that impact on people’s personal well-being and have an even bigger impact on them”.

This is typically manifested by constantly criticising someone’s work, never praising them, never inviting them to contribute to a meeting or when they do, interrupting them constantly.

He cites work his organisation did with a large accountancy practice a few years ago in which a member of the diversity team told him racism was not an issue at the company and that the BAME employee experience is much the same as it is for white staff.

“One reason you find so many minorities who have their own accountancy firms is that they know they’ll do better on their own rather than being with a big firm”, he says.

The veteran of the race relations industry says research shows that minority staff are over-scrutinised, more likely to be criticised and far less likely to be praised.

“So, every mistake you make becomes significant – your achievements are overlooked and may be attributed to others, so people feel they have to work even harder to overcome that.”

A recent investigation by the Centre for Economics and Business Research (CEBR) and diversity and inclusion outfit, Involve, found that discriminatory pay practices costs the UK economy £127bn in lost output every year.

Bias against BAME workers cost £2.6bn, it claimed, with white employees earning between £67-£209 more per week than similarly qualified colleagues from a different ethnic background. Despite this, staff with a mixed ethnic background beat their white colleagues on the earning front, by some £152 a week, on average.

The BLM movement has undoubtedly forced accountancy to take a look at itself, and there are significant efforts underway to try and address the structural inequalities in the system. However, much more is needed to bring about genuine universal equality of opportunity and eradicate bias in the profession and wider society.

Join ICAEW’s Diversity Community for free to get information and best practice guidance on the different areas of diversity, helping you to educate, support and raise awareness.

Stormzy – His Stunning Path to Success