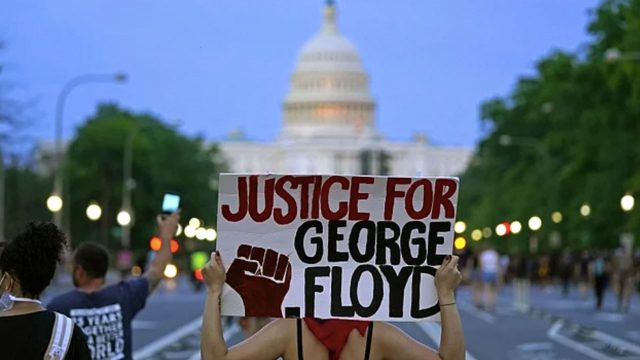 On May 25, Minneapolis police officers arrested George Floyd, a 46-year-old black man, after a deli employee called 911, accusing him of buying cigarettes with a counterfeit $20 bill. Seventeen minutes after the first squad car arrived at the scene, Mr. Floyd was unconscious and pinned beneath three police officers, showing no signs of life.

The video shows officers taking a series of actions that violated the policies of the Minneapolis Police Department and turned fatal, leaving Mr. Floyd unable to breathe, even as he and onlookers called out for help.

The day after Mr. Floyd’s death, the Police Department fired all four of the officers involved in the episode, and on Friday the Hennepin County attorney, Mike Freeman, announced murder and manslaughter charges against Derek Chauvin, the officer who can be seen most clearly in witness videos pinning Mr. Floyd to the ground. Mr. Chauvin, who is white, kept his knee on Mr. Floyd’s neck for eight minutes and 46 seconds, according to the criminal complaint against him. Our video shows that Mr. Chauvin did not remove his knee even after Mr. Floyd lost consciousness, and for a full minute after paramedics arrived at the scene.

It was not #GeorgeFloyd’s fault that he died. No amount of underlying causes would have caused his death at that time on that day. No “potential intoxicants” will come to light which indicate that they stopped him breathing. That pathologist report was a crooked as the killer’s heart. If he had a heart attack because of the trauma and shock of the situation he found himself in – it is still murder. He would be alive today if treated with respect.

If you watched the video of George Floyd’s death and felt no sadness, shock and empathy, your heart is cold and rock hard. On the contrary it is likely you felt pain and anger.

From a black person’s perspective this is another event in a long line of tragedies. Black men have the lowest life expectancy in the USA. They are locked up for minor offences for longer times. Incarceration itself shortens lifespan. It takes off on average 5 years off the lives of inmates.  Poverty and gang violence kills, and health challenges are taking us out earlier.

Our health challenges are exacerbated by the low level pain we suffer almost every day, even if the racism and unfair treatment is happening to someone else in a different land. It hurts. Then the extreme racism as notes in the video of #GeorgeFloyd’s death is like a shot to the heart. Mothers of black boys fear every time their child leaves the home. The police who are supposed to protect are brutalising instead.

To my people – don’t despair, don’t give up your fight for social justice. We work extra hard, educate ourselves, and network to raise our status and improve our lives for our families. Let us not be derailed by these recent events. Let us strive for better jobs and better businesses. Let us rise up the career ladder and have a side hustle. Let our side hustle become big businesses. Let us connect with people who can help us up the ladder.

Dare to dream Big. Determine to make it. Let our anger galvanize us to not wait for someone to save us but to pull ourselves up. Blaming the government or authorities is all well and good and yes they need to be called to account; but we could be waiting for months or years for systematic change. Take the bull by the horns and make a big change TODAY.

Our talents and determination often help us to rise to the top of our game and live comfortable lives. But even from that perch successful black people feel the pain and hurt and experience racism themselves. P.Diddy – last year on video said he sometimes is depressed because of racism. Who would have thought a billionaire would still be experience racism?

Cornel West Academic and activist yesterday “Thank God there are people on the Streets”. He said this because indifference would indicate nobody cares and nothing will change. And we are pleased to see all types of people on the streets. Black, white, brown, yellow and pink. If you cannot march, voice your disgust on Social Media. We have no excuse to accept this anymore. NONE.

The picture of thousands of protesters in  lying on their stomach in the road with hands behind their backs for 9 minutes, was the most touching display of all.

To our black superstars including – @gabrielleunion @iamwill @barackobama @michelleobama @kamalaharris @Ava @donlemon @aoc @illhanMN @cornelwest @AyannaPressley @dawnbutler @@keishaBottoms @davidlammy @RashidaTlaib @marclamonthill @Kaepernick7 @fchwpo – we see you and hear your words. Thank you for being an example and evidence of strength.

To our white brothers and sisters who empathise with our cause – including @joebiden @alexisohanian @Elizabethwarren @kimkardashian @mileycyrus @ellenshow @ac360 @janefonda – thank you for your support. Never let it waiver. There is a better way that we are all striving for. May millions of other white people also identify with your sentiments and acknowledge the horror which is just the tip of the iceberg. For every filmed act of brutality there are hundreds going on in secret.