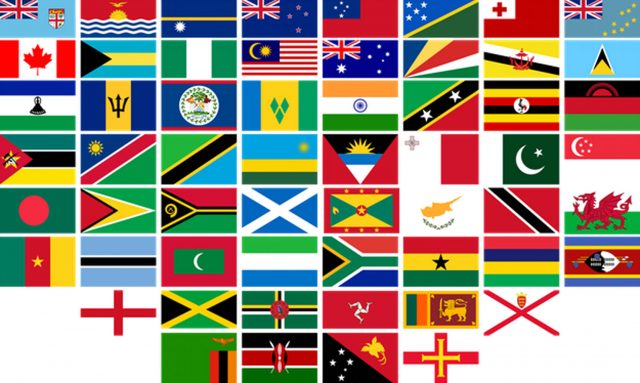 While Britain is proud of the institution of the Commonwealth, its black and brown people are regarded with contempt

Congratulations must go to Prince Charles, who overcame some really tough competition to win Britain’s backing as the best candidate for the role of new head of the Commonwealth.

In all seriousness, who else other than the heir to the British throne, after all, could be better qualified to lead the contemporary manifestation of the British empire? It would just be so much easier if all concerned simply admitted this reality: the Commonwealth is a vessel of former colonies with the former imperial master at its helm. Or, as I like to call it, Empire 2.0.

This is not a question of conjecture, but of fact. Take Britain’s relationship with the African continent, for example. At present, British companies control more than $1 trillion worth of Africa’s key resources: gold, diamonds, gas and oil, and an area of land roughly to four times the size of the UK.

All countries use diplomacy to lobby in their own interests – there is nothing wrong with that. In Britain’s case, the Commonwealth has served very nicely to advocate its particular shopping list: liberalised, extractor-friendly regimes, low corporate tax rates, and a creative system of tax havens predominantly located in – you guessed it – other Commonwealth countries. As a result, Africa loses £30bn more each year than it receives in aid, loans and remittances.

In the Caribbean 14 nations – including a good number of Commonwealth members – are attempting to sue the British government for reparations for four centuries of slavery, and Britain is using jurisdiction issues arising from the Commonwealth to block the claim.

But why, to borrow the words of those who insist slavery left no trace of intergenerational injustice, talk ancient history? This very week, as the Commonwealth flags were proudly flying in Parliament Square, the government finally met Caribbean leaders after a public outcry over the cruel treatment of Windrush citizens forced a U-turn on immigration policy. The Caribbean heads of state wanted to know why Britain, having invited their strong, talented and motivated citizens to this country in the 1960s, has been seeking to deport their children in the 2010s. When the dust of the last minute U-turn has settled, the residue will be a realisation that while Britain is proud of the institution of the Commonwealth, its black and brown people are regarded with contempt.

Enoch Powell’s ghost, as we were painfully reminded this week, looms large. What was perhaps most significant about his “rivers of blood” speech was that Powell did not couch his opposition to black migration in terms of the numbers of immigrants themselves, as others did, but to their children. He described British-born children of West Indian origin as a threat, and as people who could never become British. “The West Indian does not by being born in England become an Englishman … he is a West Indian or an Asian still.”

Why bring race into this? It has been there from the very beginning. The ordeal endured by Windrush-generation Brits traces its roots to the original laws restricting immigration from the Commonwealth. When the first such act was introduced in 1961, the then Conservative home secretary, Rab Butler, admitted in a memo that, while the plan could be portrayed as colour-blind, it was “intended to operate on coloured people almost exclusively”. In 1973, the government introduced measures to mitigate the impact on white migration from the Commonwealth. “Working holidaymaker rules” – operating on a generous interpretation of a “holiday” as something lasting three to five years – were introduced by Edward Heath’s government, to benefit “mostly those who are white members of the Commonwealth, from Australia, Canada and New Zealand”. This led to their description by the Labour party in opposition at the time as “cruel and brutal anti-colour legislation”. The treatment of applicants from the non-white Commonwealth has, immigration law experts agree, “been markedly different”.

What about all of the Commonwealth’s wonderful contributions to humanity? It has embraced human rights standards, which I welcome. But their enforcement is patchy. Fiji, Nigeria and Zimbabwe did not escape its attention, while the Solomon Islands, Swaziland, the Maldives and Singapore often have. The Commonwealth is undoubtedly good at making declarations. In Singapore in 1971, it added the elimination of global disparities in wealth to the bucket list – that one is not working out so well.

Hounding Commonwealth citizens is no accident. It’s cruelty by design Which is why not just I, but others ranging across the political spectrum have found its existence hard to explain. Philip Murphy, director of the Institute for Commonwealth Studies at the University of London, has called it “an irrelevant institution wallowing in imperial amnesia”. The members like it, some will say, and can vote with their feet. The Commonwealth is ultimately a voluntary organisation – unlike, obviously, the empire – and its members choose to stay. At the end of the empire, only Burma, Aden and the Republic of Ireland did not. Has it been a meaningful choice? For the majority of members, the 32 countries whose population is less than 1.5 million, that’s questionable. Having been brought into the globalised economy through the empire, under circumstances advantageous to Britain and not to them, and now grappling with rising sea levels, drug trafficking, high rates of crime, and brain drains that characterise so many small islands, can they really go it alone?

Only by understanding these little-said truths about the Commonwealth can we understand the present. It may be one in which the members find their ongoing union one they believe will truly advance their interests in a genuine relationship of equals. But while the Commonwealth ignores and perpetuates its imperial foundations, I find that unlikely.

These are the current members of the Commonwealth.