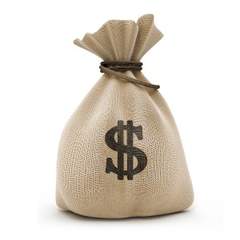 This is something I have ruminating in my mind for many many years. The extreme and destructive nature of the promoted and celebrated MONO MILLIONAIRE. What is the impact of and proliferation of Mono-Millionaires in US, Europe and UK on the aspirations, expectation settings and realities of today’s youth? What is a Mono-Millionaire?

Who makes up this elite yet destructive demographic? Mainly Paid Sports + Entertainment professionals. Even drug dealers have to create a large and usually multi-location sales, marketing and distribution network. But why is it destructive?

I have never come across a 18 – 27 millionaire banker, lawyer, accountant, doctor or any other from the professional services arena. wealth creation is much more of a slow steady build up where 95% of folk never attain it. From a business-creation perspective it is very much impossible to become a multi-millionaire normally without employing and educating many many people. At the same time attaining a degree of financial intelligence.

When businesses are created, the by-product of that journey are seasoned and well trained employees or executives. Not only does this have a wider benefit for the community at large by raising the knowledge base and standard of living for the individual employees but also resets aspirations for the tens-of-thousands that follow.

Our youth in the Westernsphere have become polluted with the idea that to become ‘rich’ the most ‘fun’ and obvious paths are Sports, Drugs and Entertainment (SDE). Where this isnt far from the truth in the eyes of too many young people, there are many, many others routes which are far less extreme than the 1:10,000 ratio of becoming a millionaire in SDE field.

Amongst my travels I have come across multi-millionaire founders in engineering services, design, marketing, retail, fashion, pornography, Internet and many many others. unfortunately non of them founded by black folk.

We need to promote and celebrate other forms of success outside of SDE, not only amongst ourselves but in the media also. And reject the notion that all success is created equal.

I believe the proliferation of the mono-millionaires will slowly erode the aspirations of our young leaders of tomorrow. There is a certain responsibility, hardship and confidence earned from slowly building a large and ’stable’ fortune. I think we have seen what happens when money is paid too quickly to those who haven’t the financial intelligence to nurture it.

How many young people aspire to be Jay Z / P Diddy /Rio Ferdinand when they should be aspiring to become Robert L Johnson (the founder of cable network Black Entertainment Television – who was the first black-controlled company on the New York Stock Exchange which was ultimately bought by Viacom (owners of MTV) for $3 billion ) And the first African American billionaire.