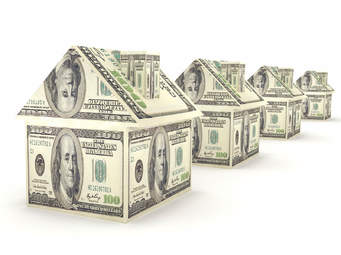 How effective is the Black Overclass

Overclass is a recent and pejorative term for the most powerful group in a social hierarchy. They are typically very successful multi-millionaires or billionaires. Users of the term generally imply excessive and unjust privilege and exploitation of the rest of society. Compare the older term, upper class, which nowadays is sometimes also pejorative, but is not necessarily so, and historically was rarely so.

The wealthy have always used many methods to accumulate wealth, but it was not until the mid-1970s that these methods coalesced into a superbly organized, cohesive and efficient machine. After 1975, it became greater than the sum of its parts, a smooth flowing organization of advocacy groups, lobbyists, think tanks, conservative foundations, and PR firms that hurtled the richest 1 percent into the stratosphere.

The origins of this machine, interestingly enough, can be traced back to the CIA. During the 1970s, men of the CIA would take the propaganda and operational techniques they had learned in the Cold War and apply them to the Class War. The CIA’s expert and comprehensive organization of the business class would succeed beyond their wildest dreams. In 1975, the richest 1 percent owned 22 percent of America’s wealth. By 1992, they would nearly double that, to 42 percent — the highest level of inequality in the 20th century.

How did this alliance start? The CIA has always recruited the nation’s elite: millionaire businessmen, Wall Street brokers, members of the national news media, and Ivy League scholars.

Perhaps the most commonly agreed-upon “overclass” consists of leaders in international business, finance and the defense industry.

Historian Paul Fussell refers to what he calls a “top out of sight” class in the United States. These are people who have an even better quality of life than a visible overclass because their vast wealth allows them to affect cultural and political changes without first exposing them to public comment. Conspiracy theories often propose a secret society with supernatural overtones as an invisible global overclass.

The most obvious criticism of the New Overclass is that their political machine is undemocratic. Using subversive techniques once used on communists, and with all the money they ever need to succeed, the Overclass can – if they choose to – undemocratically control our government, our media, and even a growing part of academia.

These institutions in turn allow the Overclass to control the supposedly “free” market, once payment (in the form of sponsorship) has been made. Note how the overclass was at work before and during Bill Clinton’s impeachment trial. They obviously do not always win but they do score an endless string of other victories elsewhere. The power that the overclass wield can be great for a community, or those close to them. They can be a force to accelerate progress among minorities and the poor. However, like the good witch/bad witch scenario, we have to watch for some who might be involved inprojects which help no-one but themselves, and install practices which are to the detriment of workers, consumers, women, minorities and the poor. They are pulling up the draw bridge so that no one else can get rich.

Thankfully, most black millionaires make an over the top effort to give back. Sometimes giving back so much, they end up broke. But if their branding and products are in demand, they can earn a limitless amount, and power is in their hands to transform the world as we know it.

It is noted that Oprah, the world’s richest black woman, decided to open a school in South Africa, and not in America? Hopefully she also plans to open school (or schools) in America. Its no point saying, black American children are only interested in new clothes and designer trainers. Its up to adults to adults, teachers and mentors to teach them otherwise. All thinking is flexible. All culture is adaptable.

Here is our question to the Overclass – could you do the following? If you are doing these alreadyplease continue, and thank you.