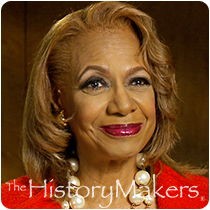 A 50th floor office in the Burlington Building in New York reveals two things about its occupant. The view of the Hudson River and Central Park in its lush entirety indicates a person of influence. Ivory lace lampshades and floral tapestry throw pillows are a woman’s personal touches.

Marianne Spraggins is both. She is a managing director in Smith Barney, Harris Upham & Co.’s Public Finance Group–the first and only AfricanAmerican woman managing director on Wall Street. She is also a third-generation lawyer, a born community activist and a passionate political player.

Last July’s Democratic convention tested her stamina as she worked around the clock to rally support. The day Gov. Bill Clinton was named the Democratic Party’s presidential nominee held nonstop activity. First, she hosted a reception for Illinois senatorial candidate Carol Mosely Braun. Then, after the convention adjourned she co-hosted a party for Democratic Party chairman Ron Brown and his wife, Alma, that lasted until dawn.

This hectic schedule did not bother Spraggins. The Boston University graduate, who also holds a J.D. from New York Law School and a master’s in law from Harvard Law School, has always been busy. Prior to joining Salomon Brothers’ mortgage department in 1979, she taught core legal courses at New York Law School for two years.

Spraggins says she specifically chose mortgages because it was an evolving market and there were no African-American executives. “When I started in the business, blacks were in two areas, money markets and municipals. I didn’t want to be pigeonholed. I wanted to establish that I could do mainstream business,” she says.

Within four years she was leading mortgage-backed security transactions for major states. In 1984, these included four Connecticut transactions totaling more than $500 million. “At the time, I had no idea what-was big or small. I just put one foot in front of the other and kept on moving,” she says.

Onward and upward. By 1986, Spraggins says having proved herself in the mortgage securities area, she transferred into public finance. In 1988, Spraggins went to Prudential Bache Securities as a first vice president. Within two years, she was promoted to managing director. Shortly after, she moved to Smith Barney.

Spraggins has gotten ahead with few role models or mentors. The one person she credits is her father, Roy Travers Spraggins, who was a behind-thescenes lawyer active in Harlem politics in the 1950s. He gave her his love of law, politics and a good fight.

She holds no punches discussing what she faced. “Wall Street is still a very macho environment. In the work environment being black was usually an issue. But on Wall Street being a woman became a critical concern. Once I understood the system, I knew how to operate. As a woman, there are certain doors you’re never going to go through. You’re never going to be in the locker room where whatever little magic between men happens. I just tried to make sure that one of the men who was in that room was looking out for my interests.

Beyond Rap: Ludacris' Portfolio Shows His Flare For Smart Investing

African Nations Get Up to Speed Technologically