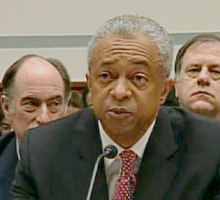 In the high-risk, high-return area of finance dealing with junk bonds, making the right decision at the right time can make–or break–a career. When Merrill Lynch & Co. Inc. managing director Stanley O’Neal was considering where to work on The Street, the real player was Drexel Burnham Lambert Inc.; then there was everyone else. But after investigating the various firms, O’Neal opted for Merrill Lynch’s disciplined approach to this often risky business as opposed to the sales and trading mentality that controlled the high-yield finance fieldoms of the investment banking industry.

Given the collapse of Drexel, O’Neal, now head of Merrill Lynch’s high-yield finance group, clearly made the right move. In 1991, Merrill Lynch dominated the $9 billion high-yield finance market, lead-managing more deals than any other firm, or about $3.9 billion worth. As of July, there were $20 billion of new-issue junk bonds; $3.3 billien was lead-managed by Merrill Lynch. (The firm’s main competition in this area is Goldman, Sachs & Co. and Donaldson, Lufkin & Jenrette Inc., which hired several former Drexel brokers.) O’Neal, 40, who took over Merrill Lynch’s high-yield group in April1991, functions as both producer and leader of his 15-person group. In his management role, O’Neal says he is “a resource, not a supervisor.”

O’Neal’s success rises and fails on his ability to bring in and nurture clients, which range from supermarket chains to cable, chemical and cruise ship companies. His group raises debt capital for these clients, all of which fall below investment grade. The job requires carefully analyzing credit, then tailoring a security that meets the client’s needs and can be sold in a high-yield market. The market is highly volatile but it pays higher yields.

O’Neal arrived at Merrill Lynch just five years ago. He began at GM as an analyst in 1978, straight out of Harvard Business School. By 1980, O’Neal was a director. Two years later, he moved to Madrid as treasurer of GM’s Spanish subsidiary and in 1984 he returned to New York City as assistant treasurer.

He left General Motors to continue developing his career. The reasons: To advance at the auto giant, O’Neal would have had to move to Detroit and give up finance, which was handled in New York City. He was not ready for those options. At 35, he had a new specific plan.

O’Neal came equipped with a strong background. At the nation’s largest auto manufacturer, he had spent a lot of time on accounting and profitability measures, developed a strong sense of credit analysis and had been a top-level manager. He also knew clients’ wants and expectations, having been on the client side himself for almost a decade. What he had to learn was the business. “Some people would’ve seen it as a big risk. But I didn’t see the downside. I had confidence in my abilities; the question was, where was that going to lead me?

Pay Gap in the UK: Is Something as Simple as Changing Job Descriptions a...