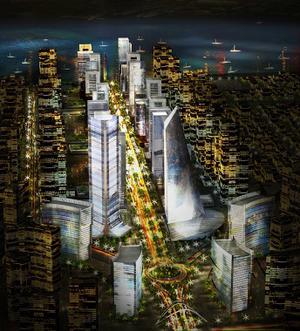 Black Panther is making waves.  This is the time for black imaginations to run rife, for glass ceilings to be blasted off (figuratively of course), brainstorming to be done, and strategies to be put in place.  In as much as we pile towards this movie, with advanced bookings through the roof, and long lines to enter the cinema, this film could also cause a revolution in our thoughts and minds and lift the lid of our upward rise.
Could it be, that we can view a film, and decide to make this a reality.  Could it be that African leaders could view this film and say hold on – this is within the realm of possibility – we’ve been sleeping.  The slow canter to development stops now.  It’s time to gallop. We are doing well, but we could do 100 times better.  Our young people deserve to see this in their lifetime.  They deserve ensure Dubai & Singapore on their shores.  What do we want?  Strong technological advances in Energy,  Artificial Intelligence, Healthcare, Living conditions, Transport networks and a better perception of Africa.  Can there be a better way to resolve conflict than wars and a disrespect for human life.  Congo’s mineral wealth means it could be richer than the USA, but loss of human life, displacement and fighting in constant conflict stunts its growth.
But – wait.  Hold on.  Maybe it’s here already.  Maybe it’s coming.  Check out developments in Africa right now.
EKO Atlantic
Eko Atlantic, officially Nigeria International Commerce city, also known as Eko Atlantic City, or the initials E.A.C. and E.A., is a planned city of Lagos State, Nigeria, being constructed on land reclaimed from the Atlantic Ocean. Upon completion, the new peninsula, which is still under development is anticipating at least 250,000 residents and a daily flow of 150,000 commuters. The development will also have a positive environmental impact, as it will help in stopping the erosion of Lagos State’s coastline. This is Dubai in Africa.

Not shown on TV
What the TV does not show you is that Africa is absolutely beautiful.  Yes there are horrible areas – just as there are ghettos in all Western cities, and in Asia.  There are rich and poor everywhere around the globe, and certainly places in the UK which will never feature in a tourist promotional film.