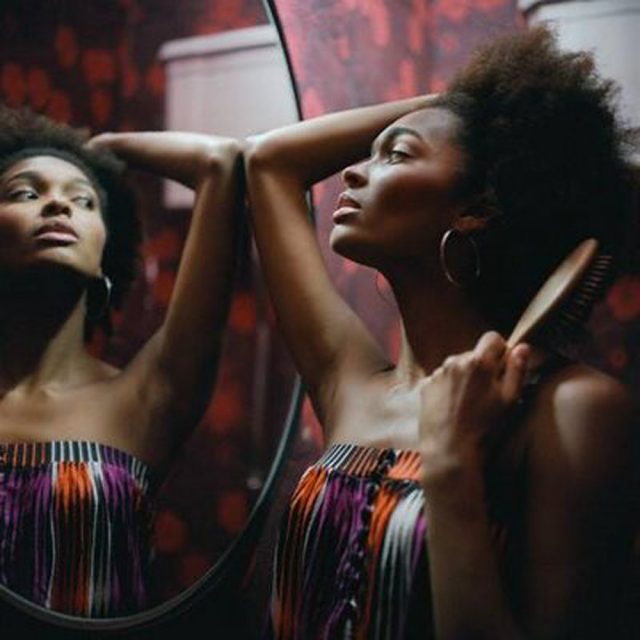 In this age of recession, it is the ethnic minorities and the poor who get hit hardest. They are less likely to get a job, and first to be made redundant if they are in a job. But black people need to stop playing the violins, and make things happen. No one is going to do it for them. In order to achieve highly, they need to pull themselves up, by working, working, and working smart. Unfortunately many are working extremely hard for someone else, and we know that is not likely to make anyone rich, unless you are a banker, or part of a promising start up company. In addition, working hard, whether in studies or in employment, does not guarantee a great job, or promotion. Too many careerists have hit the glass ceiling with a bump, then gave up, sat back and wondered, “Is it because I am black”.

So some try their hands at starting a business – on their own. And that is the point. There are too many black businesses that remain small, even after 10 years in business. There are many promising start-ups which fizzle out because of lack of connections, lack of support and lack of funding. Black Economics encourages the acceleration of growth, and helps people make connections. So much can be done to increase Sales for a Business and Increase Capacity. A Business Owner occasionally needs to undergo a change a radical change. A paradigm shift in fact. For some business real success will only happen after links are formed with Mentors/Coaches and Technical Experts as well as Funders.

However, for entrepreneurs, the absence of people to hold your hand should not be a deterrent. Think of the hours in a day, and seriously, how are they being used? Hands up – those who earn enough, and are extremely comfortable. Hands up – those who earn enough so that they can help others. Black people are proud they see a black face on the TV or in the Newspapers who has done very well, like our sports stars or entertainers. They beam with pride at great acheivements in business by other black people. But Black people effectively duck under the table when the statistics is given out such as 50% of black men, in certain areas are unemployed. 50% of black boys are not graduating from High School in certain cities in America. One black US journalist on TV last week said that there is no living black man in her extended family over 28. They have died through crime or disease. Then there are the many thousands incarcerated. Black people are over-populating the prisons, and some prefer to be there. When the riots hit the streets last summer, blackerrry’s BBMs were lit up with people offering things for sale – that they had just looted. Even in poverty there is no excuse for such behaviour. But most black people were appalled and shocked as anyone else. And the innocent majority did not appreciate being viewed with suspicion if they walked down the street in a nice jacket or clean pair of trainers.

I am not saying there is no income coming into black families, but it’s like a jug with no bottom. Coming in at the top, and emptying out at the other end. As fast as it comes in, is as fast as it goes out. It heads out to bills, and corporates and businesses not owned by black people. Savings are minimal, and investments – hmm – say what? So you say, lets not generalise. If this pattern represents 80% of the people you know, I am not generalising.

But lets not paint the picture all “black”. Some of the best business people out there are black. Who can forget these people who have built amazing business empires, including Oprah, Dangote, Magic Johnson, Michael Jordan, Jay Z, P. Diddy, Fifty Cent, Robert Johnson & Tyler Perry, Damon Buffini, Wilfred Emanuel Jones, Levi Roots, Oswald Boaten. There are also many not so famous who have made millions in African or Caribbean Countries. And the truth should be told that many white-owned multinational corporations have made their billions on the cheap labour of black workers and the virtual stealing of resources from Africa. But that’s another can of worms for you to investigate, and the subject of another article.

But back to the matter at hand. Black people need to form cooperatives and work together. Invest and start businesses together. Work with whoever will help to make you successful, whatever race or background they come from. But you have to put the time and the work in. You have to be informed. The internet and libraries are great resources. Find out what you need to know to become successful, then make it happen. Success to me, is not having enough to live on, but having surplus, all the time. Success to me is being able to set up businesses which run without you, because you employ many people. Success is being able to help others who seek help, because you have the knowledge, experience and the funds. Success is being able to sell your business for millions after a few years – if you so choose, then relaxing for 6 months on the beach, before you go again with several other businesses.

It’s fascinating to note that The U.K. has the second-largest black population in Europe, after France. I know the British think we are all here. There are about 2 million black people in the UK. They come from two camps. Africans – from the continent, and Caribbeans – from the West Indies. There is a difference between the two, but of course non-blacks do not know that. The group is usually lumped together with the term African Caribbean, or Afro-Caribbeans, or Blacks. Some are doing very well economically. Billions are sent to countries to help families back home. The sums are more than Aid from Europe and America sends. So it cannot be said that black people are not trying to help themselves. However, I wish they would use this money to teach those families back at home how to be self-sustaining, rather than wait for handouts. What happens when the handouts dry up?

Priorities. Priorities. Should not books, education, training courses or empowerment events be more important than a dance, concert, clothes, a hair and beauty product? Should not property, business or asset ownership be sought by all? Is the black church stretching its congregations in personal development and economic sensibilities as well as looking after the spiritual needs. The black church is the strongest organisation of Africans and Caribbean in the UK. 65% of black people go to church. 44% of ALL London churchgoers are black. Some of those churches are doing great work in mobilising their congregation to think business, think smart and grow economically. Others are still asleep and irrelevant.

So can you just tell the black person next to you. Set goals; Do your research; Make connections; Stop complaining and Make things happen. And don’t stop until you have made one million.