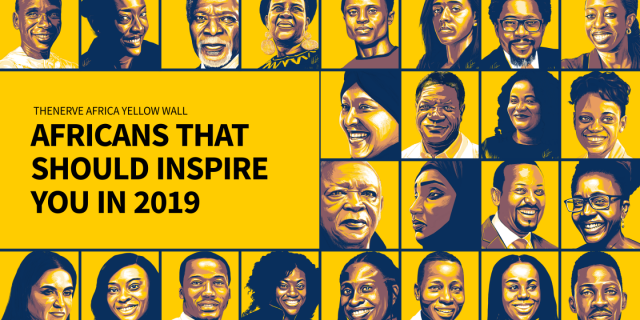 Theresa Kachindamoto is a Malawian District Chief waging war against deep-rooted cultural practices of child marriage and institutional sexual abuse of young girls in Malawi.
The country in Southeast Africa is among the poorest on the continent, with a high level of rural poverty. To better their lots, families in rural Malawi give their girls – sometimes before their teenage years – to older men as wives and sometimes younger boys, to take off the responsibility of raising them. A 2012 United Nations report said almost one in two girls in Malawi get married before they turn 18. As a result, they miss out on education and the best years of childhood.
Having assumed office as chief over almost one million Malawians in 545 villages in 2003, Kachindamoto abolished the institution that promotes the practice. She now maintains an intelligence gathering system made up of a large network of female informants, who report cases of child marriages which she then annuls. She sends the girls to school and in cases where there is a child, Theresa makes the grandparents or older relatives take care of them. So far, she has annulled over 2,000 child marriages.
Kachindamoto is also championing a fight to stop institutional sexual abuse backed by a culture where adolescent girls are taken to camps for sexual training. At these camps, the girls are made to have sex with boys and men who they do not know, exposing them to early pregnancies, and STDs. She is using her influence to lobby the “culture gatekeepers” to discontinue the long-entrenched practice which she was almost a victim of as a child.

In a world where disability is often used as an excuse, a black South African wheelchair tennis player became famous by defying odds. Montjane, 32, made history last year by becoming the first black South African woman to compete at Wimbledon. She also qualified for the US Open, becoming the first African wheelchair tennis player from Africa to qualify for all the four grand slams in a year.
Surprisingly, Montjane never held a tennis racket until the age of 19, but while growing up, she participated in every sport that allowed her compete in her wheelchair.
In 2005, when wheelchair tennis was introduced in South Africa, she decided to give it a shot. Today, she ranks in the top 10 of the ITF wheelchair tennis ranking.
Montjane has been named South Africa’s disabled sportswoman of the year three times — 2005, 2011 and 2015 — and holds 29 singles titles. She has won tournaments such as the wheelchair Belgian Open and Swiss Open. “It’s not people who make you who you are, you gonna make yourself who you want to be,” she says.

Abiy Ahmed, widely described as Ethiopia’s reformist leader, has presided over bold political and economic reforms in Ethiopia and the Horn of Africa since his appointment in April 2018.
In the first few months of his administration, Ahmed freed thousands of political prisoners and journalists, whose arrests were widely perceived as a clampdown on opposition and free press. He also reshuffled his cabinet to allow equal representation for women, appointing the first female supreme court president, and then an opposition leader as the Ethiopian electoral body’s chairwoman ahead of the country’s 2020 general elections.
Alongside these political reforms, Ahmed, 42, is currently leading a robust economic reform that will allow private sector participation in Ethiopia’s largely state-controlled economy. He is also turning around the country’s disadvantageous landlocked position by acquiring stakes in the ports of neighbouring coastal countries, positioning Ethiopia to have a say on how these ports are run.
Abiy Ahmed has also taken bold steps to lead the normalization of diplomatic ties in the Horn of Africa countries. He initiated and signed a peace deal with Eritrea which involved honoring a United Nations-brokered peace agreement that required Ethiopia to give back a disputed territory to its Northern neighbor, ending a two-decade military stare-down. The deal had since opened up commercial and diplomatic ties between the two countries and set a precedence for peace agreements among other countries in the region.
Ahmed should write a book and title it ‘How to make a long-lasting impact in one year’. It would be for African leaders who ask to stay in office for several terms to make desired impact because, in their words, “change takes time”.

From breaking into one of the most difficult industries in Nigeria to becoming the owner of the country’s first ever gold refinery, Nere Teriba has shown she is not your average business person. She started with trading in minerals, specifically Lead, and has continued to move up in the $2 trillion mining value chain. Although she says none of her achievements have come without challenges, she always knew there is no cloud without a silver lining… maybe Gold.
Teriba’s gold refinery, scheduled to begin operations by the end of the first half of 2019 is expected to produce 3 tonnes of gold and 1 tonne of silver per month, both at 99.99 percent purity.
Through her company Kian Smith Trade &Co., Nere Teriba intends to help develop Africa’s mining industry, starting from Nigeria and West Africa. She has taken it upon herself to help Nigeria solve its challenge of not getting royalties from artisanal and small scale miners (ASMs), who produce most of the minerals in circulation in the West African country. She is also helping the miners get more from mining, formalize their operations and adopt sustainable mining practices. When she succeeds, she would have successfully created hundreds of thousands of jobs and made millions of revenue for the government. Nere Teriba is 36.

Kenewendo, 32, Botswana’s youngest Member of Parliament and Minister, began her journey to Botswana’s Investment, Trade and Industry Ministry through an unusual route; the dump site. Kenewendo’s journey began in her Junior Secondary School days, where she got the golden idea that collecting trash among other voluntary services would get her a seat at the table of success.
Not only does she have a seat at the table, she also owns the table that has empowered other young women to achieve success. Kenewendo, through her Molaya Kgosi women leadership and mentorship programme, provides women with the platform to be empowered to overcome patriarchal prejudices.
Kenewendo who is also a skilled writer and a certified Project Manager has more than economy and politics up her sleeves. In her bag of honours and accolades is the 2012 ‘Ten Outstanding Young Persons’ award, the 2016 ‘Botswana Change Makers Award’ in Business and Leadership, as well as the 2016 ‘Formidable Woman’s award.

A Kenyan marathoner who has won nine straight marathons and is a current Olympic champion, 34-year-old Kipchoge won his first individual world championship title in 2003 after winning the junior race at the IAAF World Cross Country Championships. He also set a junior world record in the 5000m race at the 2003 Bislett Games after running for 12:52.61 minutes. He later switched to road running in 2012 and made the second-fastest ever half marathon debut within 59:25 minutes.
Kipchoge has won both the London Marathon (2016,2018) and Berlin Marathon (2015), and has also won 11 of the 12 marathons he has entered. Kipchoge also won the Olympic marathon in 2016.
He is currently the marathon world record holder with a record time of 2 hours 1 minute 39 seconds after winning at the Berlin Marathon, where he has won thrice in the last four years. Kipchoge has also been ranked second on ESPN’s “The Dominant 20″. According to Kipchoge in one of his tweets after winning at the Berlin Marathon, “No human is limited.” We think he is right. He also had this to say at Eldoret, “The key to running a marathon well is all in the mind. Hard work and determination are key.”

He is a Nigerian human rights activist who has been a leading force behind the popular demand for the Nigerian government to either scrap or reform the Special Anti-Robbery Squad (a unit of the Nigeria Police Force) over human rights abuses, brutality and unprofessional conduct.
In December 2017, Nigerians took to Social Media to share horrific accounts of police brutality, and human rights abuses using the hashtag #EndSARS. The hashtag trended on Twitter for about a week with a continuous stream of stories and discussions. It was also taken offline through a protest in the capital and other cities in the country.
Awosanya organized and led the protest in Abuja alongside other activists. He also led a petition documenting the accounts and complaints of Nigerians against the unit and the police force, which he presented to the country’s National Assembly. All through 2018, Awosanya served as a distress hotline for victims of police brutality and human rights abuses. He would go to police stations, occasionally late in the night, to solicit for the release of young people who were held unlawfully by the police. These online and offline activities led to a directive by the Nigerian government to the police head, to overhaul the Special Anti-Robbery Squad and create a strictly intelligence-based unit out of the reform. If you need inspiration on how to be a force of change, Segun is your man.
For more information follow the link
The source: thenerveafrica.com