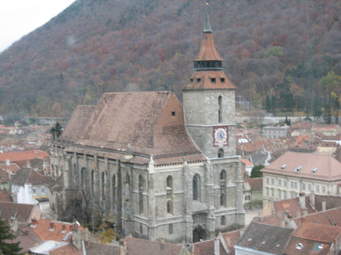 Much of the commentary regarding black churches and their role in society falls into two perspectives—an inward view of society, in which the church rejects contemporary community issues for more religious experiences, and a “this-world” perspective that sees the work of the church as being solely involved in secular and sacred affairs.

The traditional perspective on black religion and the Black Church has tended to focus on the inward, “other-world,” perspective. As Alphonso Pickney points out, most black religions and black churches have historically chosen to avoid addressing the problems facing its members and have chosen an “other-world” view of its role.3 E.U. Essien-Udom writes in his book Black Nationalism that the Negro Church is particularly culpable for its general lack of concern for the moral and social problems of the community. It has been accommodating.4 Choosing to focus its attention on heaven and the eternal life, Harold Wingfield writes that the black church was strictly a place in which to engage in the religious experience; it had very little to do with confronting problems of society.5 Moreover, he asserts that such an orientation caused many to conclude that the black church has an orientation toward black passivity.

the Negro church is, on the whole, passive in the field of intercaste power relations. It generally provides meeting halls and encourages church members to attend when other organizations want to influence the Negroes. But viewed as an instrument of collective action to improve the Negroes’ position in American society, the church has been relatively inefficient and uninfluental. In the South it has not taken a lead in attacking the caste system or even in bringing about minor reforms

Frazier writes of this passive thought on the Black Church:

The Negro church could enjoy this freedom so long as it offered no threat to the white man’s dominance . . . . In addition, the Negroes’ church was not a threat to white domination and aided the Negro to become accommodated to an inferior status. The religion of the Negro continued to be other-world in its outlook, dismissing the privations and suffering and injustices of this world as temporary and transient.7

Ultimately, the traditional perspective of the Black Church can be summed up, according to C. Eric Lincoln and Lawrence Mamiya, as a “pie-in-the-sky” attitude that neglects political and social concerns.8

This perspective of black religion advances that neither the Black Church nor its pastors were used to keep blacks in subjugation, but as a means of relief for those affected by slavery. This perspective is not the dominant scholarship on the subject; however, Gary Peck argues that religion functioned as a vehicle of individual expression in order to meet the needs of the individual.9 Hortense Powdermaker asserts that religion nurtured feelings of self-worth to blacks, particularly during slavery. She writes:

[I]n both its secular and its religious character, [religion] serves as an antidote, a palliative, an escapeBy helping the Negro to endure the status quo, this institution has been a conservative force, tending to relieve and counteract the discontents that make for rebellion. At the same time, the equally vital function of maintaining the self-respect of the Negro individual is by no means a conservative one.10

Thus, one could say that Marx was partially correct in his obeservation that religion is the opium of the people, because it also gave rise to liberational ideas.

Leon Watts in his article “Caucuses and Caucasians” discusses how black slave preachers took that which was in the Bible and taught by slave owners and made it a tool for empowerment. He argues that though religion did focus slaves on duty and servitude, it was black preachers, and their interpretation of the Bible, that ushered in liberation. Many preachers redefined Scripture in a manner that allowed for identification with biblical stories. D’Apolitio informs us about such affects, “cast this way, the Christian the message served as a bedrock for subtle defiance and even occasional rebelliousness.”11

After viewing the Black Church from both, the “other-world” and “this-world” perspective, one can conclude, as many scholars have, that there is no one type of black church. This might explain the actions of black churches in history as well as in contemporary society.

Bk Chat London – How they Started