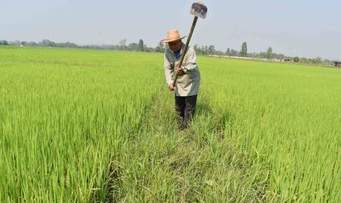 There is an important role for southern black faith communities in the development of African-American communities. One has only to examine the literature on the black Baptist churches to comprehend that the Church has an extensive history in responding to not only to the religious needs of these communities, but to the educational, social, political, and economic concerns inherent in African-American communities in South. Finally, this study advanced that although black Baptist churches are concerned with secular issues (e.g., community development), they are not, in general, significantly or necessarily active in the development of their communities.

As such, in the year 2000, pastors in Atlanta were of the mindset to conclude that black advocacy groups would be better able to advance the needs of the black community than black Baptist churches. This apparent disregard for secular activism stands in sharp contrast to the historic context of black Baptist churches, which, heretofore, has seen the Church as the liberating champion of human rights, civil rights, and the attainment of a quality of life comparable to that which exists beyond the boundaries of our disenfranchised black communities.

“The traditional perspective on black religion and the Black Church has tended to focus on the inward, ‘other-world,’ perspective.”

This research was a first effort in linking the role of black churches to the issues of urbanization that have plagued black communities since their inception. The method for collecting data for this study was a forty-nine (49)-item questionnaire—a closed-ended, forced response survey that was mailed to respondents.1 The questionnaire was sent to all seventy-nine (79) black Baptist pastors in Atlanta who were affiliated with one of the two black state Baptist conventions (the General Missionary Baptist Convention of Georgia and the New Era State Convention of Georgia). Fifty (50) pastors responded to the survey, resulting in a 63% response rate. Black Baptist pastors were selected to respond to the questionnaire because previous studies acknowledged that it is the pastor’s vision and ideas that direct the church’s action.2 The reason this research looks at the Baptist denomination is that it is the only denomination that is congregational, as opposed to episcopal, in church structure, which means that all church-related decisions are made at the local congregational level. In addition, while there is a natural predisposition to assume that Atlanta’s disadvantaged minority communities (e.g., high levels of unemployment, single-parent households and low levels of educational attainment and income) could benefit greatly from the community development efforts of black churches, it is only through a rigorous examination of the attitudes of a pool of local black Baptist preachers that we can establish what is actually happening in this regard, and what is not. The literature affirmed that a black pastor’s perceptions are often very reflective of his/her congregation’s views, and that it is his/her perceptions, for the most part, that set the direction, or “vision,” for the church (Hamilton 1972 and Lincoln and Mamiya 1990).