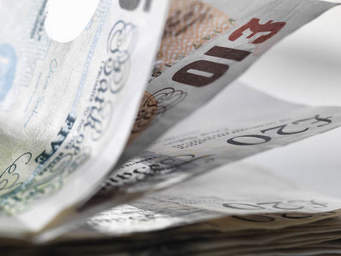 Initially Posted on July 1, 2009 by Harlem World.
Updated, and added to by Black Economics. October 2011.

If there is ever an area which can demonstrate black people’s prowess in business, it is in the area of religion. There have always been incentives, for generations, to give generously to churches. The reasons could be any of the following.

b) thankfulness for a social and spiritual institution that meets many needs;

e) the threat of hell-fire and damnation,

f) simple obedience to a section of the Bible which asks for tithes and offering, where tithes is 10% of income

Bear in mind, not everybody is paying into the church coffers. Its voluntary, and thus usually – only those who can afford it, and want to pay actually make donations. Though we’ve all heard the stories of bounced cheques written to churches. These come from the occasional person with good intentions, but a low bank balance.

In the USA, LiveSteez research shows that Black churches, in aggregate, have collected more than $450 billion in tithes and donations since 1980. With a Senate investigation into the finances of several mega churches underway, the “Prosperity Movement” has been the target of mounting criticism from inside and outside the Black Church. Specifically, some affluent ministries have drawn the attention – and ire – of some clergy and laypeople alike.

One church, the Reverend Dollar’s World Changers, reported $69 million in 2006 income, according to the Atlanta Journal Constitution.

Mainstream politicians and Black community leaders are demanding a better accounting of the “return on investment” offered by churches to the communities that fund them. Meanwhile, legions of faithful churchgoers defend their pastors and accuse their detractors of applying a double standard that ignores the largesse of wealthy, white televangelists, while underplaying the economic development and social service functions provided by the Black Church.

“The church has gotten caught up in materialism and greed, a lifestyle. Many ministers today want to live like celebrities and they want to be treated like celebrities. In other words, instead of the church standing with the community, the church has become self-serving. It has strayed away from its mission” according to Dr.Love Henry Whelchel, professor of church history at The Interdenominational Theological Center in Atlanta.

Few people – not even the ongoing Congressional investigation by Senator Chuck Grassley accuse the mega church pastors of outright larceny, and congregants generally approve of their pastors’ luxurious lifestyles.

LiveSteez’s investigative series will take a forensic editorial approach to quantifying the return to Black America for the $350 billion in tax-favored donations it has given to the Black Church, examining the arguments on both sides of the pulpit. In this series we will seek answers and advisory to the following questions:

– How often and how much do church leaders take advantage of the faith of poor black people?
-We will investigate and indentify the churches they are showing a strong return on investment that goes beyond inspiration.

– What does the black community have to show for the $350 billion in tax free dollars?

– Expert analysis on what could potentially be done with such a huge amount of money and how it could improve the state of our communities.

– Why do some church leaders refuse to participate in the Grassley congressional Investigation, which requested the financial records of several mega-churches.

Some pastors are in fact money hungry! However, it would be ludicrous to criticize them all and generalize them all as being money hungry! Thats the devils plan to attack these men and get people to give up hope concerning their salvation! Thats why you see so many people lost because they don’t know what to believe, and at the same time its important that we know the word for ourselves so that we can understand when we’re being bamboozled.

Many of these men such as Dr. Dollar, and the T.D. Jakes all have viable businesses, Bishop Jakes has been putting books out since the early 90’s and has directed movies, and Dr. Dollar, the Dr. means he is a PHD, he was a phsycology counselor for years making $150 an hour, and he has books out, and he has a record label thats under universal music group, with grammy nominee artist. When these men put books out they get million dollar contracts.

White ministers also come in for stick re finances. Joel Osteen has not taken a salary from his Houston megachurch for two years. He owns one house — the same one he and his wife, Victoria, have lived in for 13 years — and until recently he drove a 9-year-old car he inherited from his late father. Osteen pays his own hotel bills, and there is no private jet. Although the upbeat minister does take collections at services, netting an estimated $43 million a year, Osteen does not ask for money on his broadcasts, which reach an estimated 7 million viewers weekly in the U.S. and 100 other countries. Nonetheless, an additional $30 million comes through the mail. His most recent book deal earned him a $13 million advance.

The Senate doesn’t even have the proper jurisdiction to look into Non-Profit organizations, that the IRSs’ dealings. The Bible says it clearly when you seek him first and nothing else great rewards will clearly come your way, the lord takes pleasure in the prosperity of his servants. If your blessed your blessed.

So with $450 billion (from the congregation) plus $350 billion (from tax top-up) received in ten years giving a total of $800 billion, what is needed is an overview of what that money is spent on.

In our research the list below indicates where churches would generally spend their income. In many cases they provide a social fabric and cohesion which would otherwise be missing in some communities. In many cases they also do the job that governments, or charities would or should be doing. Churches are in effect Social Enterprises as well as Spiritual havens. Since they have regular funding, they are unlikely to go out of business. Though people have been known to move from Church to Church, so decreasing the income of the previous church.

Many a black middle class family can be found in these churches. The congregation are always aspiring for a better life, through hard work, prayer and faith. Its a social fabric which needs to be maintained, and does much good for society.

Missionary Outreach to the local community (spreading the gospel)

Communications via radio, TV or Internet

Provide motivation and life coaching through sermons and conferences

Providing employment for many