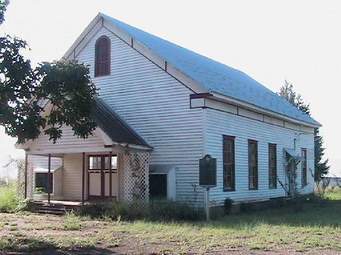 Churches in general sometimes consider how they can expand their operations to serve their community better. This might include plans buy a new building, or refurbish and extend and exisiting building. This conference looks at the possibilities, and enables Barclays bank to present finance opportunities particularly tailored to churches needs.

There are nearly 4000 black majority churches in Britain, with a million adherents around the country. The black Pentecostal churches have about 300,000 members.

Visit certain areas of London on a Sunday morning and chances are you’ll see a stream of well-dressed families en route to church. It’s likely more than half will be from ethnic minorities. People of African and Caribbean origin make up 2% of the UK’s population but account for more than two-thirds of Sunday church-goers in London and 7% of worshippers nationwide, research has shown.

New figures from the Christian Research Association show that over the last five years black church membership has grown by around 18% compared with a 5% drop for churches nationally.

Black majority churches are not only successful at attracting worshippers, many are hugely financially successful too, in stark comparison to many of the UK’s traditional churches. Glory House church had a turnover of nearly £1.5m last year much of it in the form of tithes – donations by members of around 10% of their income (ie tithes).

The Guardian newspaper recently reported that The Kingsway International Christian Centre (KICC), in Walthamstow, has filed company accounts which reveal it made a £4.9m profit over the last 18 months. It also has assets of £22.9m – more than three times the amount held by the foundation which maintains St Paul’s Cathedral.

KICC’s wealth stems largely from the donations it encourages from its 8,000-strong largely African and Caribbean congregation. They gave £9.5m in tithes and offerings in the 18 months to April 2008, dwarfing the £33,000 that the average Church of England congregation gave over the same period.

Interestingly, most black people in the UK attend mainstream churches such as, Catholic, Baptist, Methodist or Church of England, with many in urban areas having a majority of ethnic minority parishioners. For instance, many seventh day adventists churches have 99% congregations in certain urban areas, yet in other parts of the country, the congregations are 99% white.

African Caribbean Evangelical Alliance (ACEA) had until March 2009 represented the black-led churches in the UK. It is no longer in operation, but its work lives on.

ACEA was established in 1984 as a national umbrella organisation for Black Majority Churches and organisations in the UK, providing an authentic voice and identity for its constituents, focusing on their specific needs, tackling inequalities and representing them to government, statutory agencies and the church nationally and internationally. ACEA is also a lead partner in the publication of the Black Majority Churches directory which is now online, and is a registered umbrella organisation with Criminal Records Bureau (CRB).

The many initiatives it has launched include the Watato Project for mentoring Black youth, the Theological Study Group articulating the theological needs and concerns of black Christians in the UK, the Safe and Sound child protection conference and, with the Centre for Youth Ministry, an accredited youth work ministry course specifically for people working in or with Black communities.

Black church groups hav engaged with the government and worked in partnership with other agencies on numerous occasions, one of the most recent being the Olympic initiative More Than Gold.

ACEA hosted the ground-breaking Faith in the Future Conference in 2000 and went on to contribute to a number of collaborative governance initiatives such as the Aiming for Excellence conference in 2007, and the development of new model trust deeds for independent churches.

Black Church Groups have provided a public voice for the Black Majority Church on many issues, notably the Stephen Lawrence inquiry, the murder of Damilola Taylor, giving evidence at the Victoria Climbie inquiry, and the appointment of Paul Boateng, the first black Cabinet minister. In 2007, black church personalities were involved in several events marking the bicentenary of the abolition of slave trade legislation, including representing Black Christians at the national service at Westminster Abbey. Black Church groups had akey role in the walk for peace following the shootings in Peckham and Brixton in the same year and have been supporters of Global Day of Prayer (London) from the outset.

Church leaders will continue to interact authorities regarding issues of public concerns.

Church of God of Prophecy