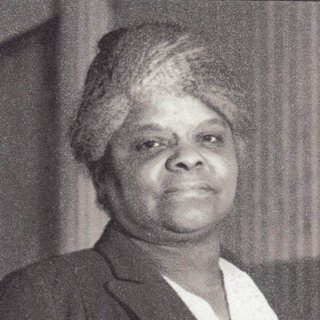 862-1931
Ida B. Wells
Took on racism in the Deep South with powerful reporting on lynchings.
BY CAITLIN DICKERSON

It was not all that unusual when, in 1892, a mob dragged Thomas Moss out of a Memphis jail in his pajamas and shot him to death over a feud that began with a game of marbles. But his lynching changed history because of its effect on one of the nation’s most influential journalists, who was also the godmother of his first child: Ida B. Wells.

“It is with no pleasure that I have dipped my hands in the corruption here exposed,” Wells wrote in 1892 in the introduction to “Southern Horrors,” one of her seminal works about lynching, “Somebody must show that the Afro-American race is more sinned against than sinning, and it seems to have fallen upon me to do so.”

Wells is considered by historians to have been the most famous black woman in the United States during her lifetime, even as she was dogged by prejudice, a disease infecting Americans from coast to coast.

She pioneered reporting techniques that remain central tenets of modern journalism. And as a former slave who stood less than five feet tall, she took on structural racism more than half a century before her strategies were repurposed, often without crediting her, during the 1960s civil rights movement.

Wells was already a 30-year-old newspaper editor living in Memphis when she began her anti-lynching campaign, the work for which she is most famous. After Moss was killed, she set out on a reporting mission, crisscrossing the South over several months as she conducted eyewitness interviews and dug up records on dozens of similar cases.

Her goal was to question a stereotype that was often used to justify lynchings — that black men were rapists. Instead, she found that in two-thirds of mob murders, rape was never an accusation. And she often found evidence of what had actually been a consensual interracial relationship.

She published her findings in a series of fiery editorials in the newspaper she co-owned and edited, The Memphis Free Speech and Headlight. The public, it turned out, was starved for her stories and devoured them voraciously. The Journalist, a mainstream trade publication that covered the media, named her “The Princess of the Press.”

Readers of her work were drawn in by her fine-tooth reporting methods and language that, even by today’s standards, was aberrantly bold.

Wells wrote about the victims of racist violence and organized economic boycotts long before the tactic was popularized.

“There has been no word equal to it in convincing power,” Frederick Douglass wrote to her in a letter that hatched their friendship. “I have spoken, but my word is feeble in comparison,” he added.

He was referring to writing like the kind that she published in The Free Speech in May 1892.

“Nobody in this section of the country believes the threadbare old lie that Negro men rape white women,” Wells wrote.

Instead, Wells saw lynching as a violent form of subjugation — “an excuse to get rid of Negroes who were acquiring wealth and property and thus keep the race terrorized and ‘the nigger down,’ ” she wrote in a journal.

Wells was born into slavery in Holly Springs, Miss., in 1862, less than a year before Emancipation. She grew up during Reconstruction, the period when black men, including her father, were able to vote, ushering black representatives into state legislatures across the South. One of eight siblings, she often tagged along to Bible school on her mother’s hip.

In 1878, her parents both died of yellow fever, along with one of her brothers; and at 16, she took on caring for the rest of her siblings. She supported them by working as a teacher after dropping out of high school and lying about her age. She finished her own education at night and on weekends.

Around the same time, the Civil Rights Act of 1875 was largely nullified by the Supreme Court, reversing many of the advancements of Reconstruction. The anti-black sentiment that grew around her was ultimately codified into Jim Crow.

“It felt like a dramatic whiplash,” said Troy Duster, Wells’s grandson, who is a sociology professor at the University of California, Berkeley, and New York University. “She cuts her teeth politically in this time of justice, justice, justice, and then injustice.”

Observing the changes around her, Wells decided to become a journalist during what was a golden era for black writers and editors. Her goal was to write about black people for black people, in a way that was accessible to those who, like her, were born the property of white owners and had much to defend.

Her articles were often reprinted abroad, as well as in the more than 200 black weeklies then in circulation in the United States.

Whenever possible, Wells named the victims of racist violence and told their stories. In her journals, she lamented that her subjects would have otherwise been forgotten by all “save the night wind, no memorial service to bemoan their sad and horrible fate.”

Wells also organized economic boycotts long before the tactic was popularized by other, mostly male, civil rights activists, who are often credited with its success.

In 1883, she was forced off a train car reserved for white women. She sued the railroad and lost on appeal before the Tennessee Supreme Court, after which she urged African-Americans to avoid the trains, and later, to leave the South entirely. She also traveled to Britain to rally her cause, encouraging the British to stop purchasing American cotton and angering many white Southern business owners.

Wells was as fierce in conversation as she was in her writing, which made it difficult for her to maintain close relationships, according to her family. She criticized people, including friends and allies, whom she saw as weak in their commitment to the causes she cared about.

“She didn’t suffer fools and she saw fools everywhere,” Duster, her grandson, said.

One exception was her husband and closest confidant, Ferdinand L. Barnett, a widower who was a lawyer and civil rights activist in Chicago. After they married in 1895, Barnett’s activism took a back seat to his wife’s career. Theirs was an atypically modern relationship: He cooked dinner for their children most nights, and he cared for them while she traveled to make speeches and organize.

Later in life, Wells fell from prominence as she was replaced by activists like Booker T. Washington and W.E.B. Du Bois, who were more conservative in their tactics, and thus had more support from the white and black establishments. She helped to found prominent civil rights organizations including the National Association for the Advancement of Colored People and the National Association of Colored Women, only to be edged out of their leadership.

During the final years of her life, living in Chicago, Wells ran for the Illinois State Senate, but lost abysmally. Despite her ebbing influence, she continued to organize around causes such as mass incarceration, working for several years as a probation officer, until she died of kidney disease on March 25, 1931, at 68.

Wells was threatened physically and rhetorically constantly throughout her career; she was called a harlot and a courtesan for her frankness about interracial sex. After her anti-lynching editorials were published in The Free Speech, she was run out of the South — her newspaper ransacked and her life threatened. But her commitment to chronicling the experience of African-Americans in order to demonstrate their humanity remained unflinching.

“If this work can contribute in any way toward proving this, and at the same time arouse the conscience of the American people to demand for justice to every citizen, and punishment by law for the lawless, I shall feel I have done my race a service,” she wrote after fleeing Memphis, “Other considerations are minor.”

Benefits Of Seeking Professional Help For Your Addiction Recovery