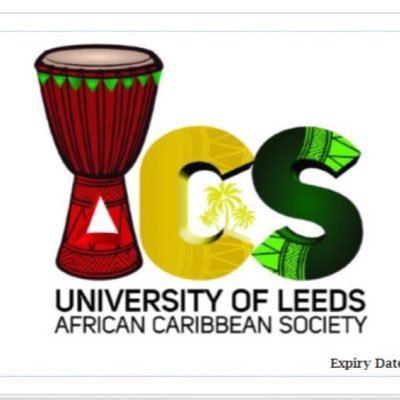 African and Caribbean Societies (ACS) at UK Universities and Colleges are Hubs /Associations which look after the interests of black students, and organises social events such as concerts and parties, as well as lectures and activities of interest to students from (or descended from) the African continent or the Caribbean.  Students of other races are also welcome to be a part of the ACS, but very few join.  ACS groups are particularly useful to foreign students, who can initially feel lost when arriving in a strange country and need to make friends quickly.
The following statements give an overview of some of the ACS and their value to the student population.

“EMBRACING A CULTURE, REDEFINING A PEOPLE!
We are the African Caribbean Society of the University of Manchester.
ACS exists for all races & ethnicities. Our aim is to invoke appreciation for and enlighten those amongst the student population and wider community, about the rich heritage of African and Caribbean nations in an informative but stimulating way for all to share. In addition, we exist to promote growth both personally and professionally for the African and Caribbean student community.
The ACS is also a platform for African and Caribbean students at the Manchester universities to come together, educate their peers and encourage cultural appreciation through a variety of events.
ACS is headed up by an executive committee comprising a wide range of students from all faculties with different African and Caribbean backgrounds. Members are the foundation of the ACS therefore membership is encouraged and we welcome everyone to join. Membership provides a network and a stronger rapport within the society.
We trust that for however long you are in Manchester to study, you will enjoy the role of the ACS in university life!”

“United in excellence, cultural confidence & community commitment”
Welcome to the ACS society, we are a society that celebrates African-Caribbean culture & tradition through social events and gatherings on a large scale such as live entertainment shows, parties and workshops. We are a platform on which to build your talents and skills and a support system for you as members to get better career opportunities. We truly are a family and strive for diversity and unity in the wider Brunel community. We are proud of being the biggest society in Brunel and will do all we can to ensure that you have the best university experience of a life time.”
QUEEN MARY UNIVERSITY OF LONDON ACS
“The African and Caribbean Society (ACS) is a staple in most British Universities, with each university’s ACS bringing something different and unique to the brand. However, we want to make QMACS stand out as one of the best in the country and one of the best societies here at Queen Mary.
Why join us? We believe in a community of like-minded promising individuals. We believe that we are privileged to attend what we believe to be one of the best Universities in the country and be at the vanguard for a brighter future. We believe we owe it to ourselves to celebrate one another and the diverse proud cultures which we come from. We believe in events that showcase our talents and events that help us build our career prospects as well. We believe in activities that show our compassionate sides by being charitable, as well as areas that show our athletic prowess and strengths. And be rest assured, we also believe in having fun. Above all, we believe in a family joined by love of the cultural bonds that hold us together. We just happen to be a society as well.
This year we’re planning on enlarging the scope of the QMACS here at Queen Mary. We are adding a Volunteer aspect to our events to help us give back to the society near us and we’re also adding more bonding opportunities as a society in general. We also intend on making the Charisma End of Year Culture Show bigger and more inclusive. We are a committee of ten remarkable individuals who are determined to make sure that this year not only exceeds past years, but is a foundation for even better years to come.
The QMACS is more than a society for us, it’s a family. A family that isn’t even only exclusive to Africans and Caribbeans but also to people of all nationalities who celebrate our culture and our heritage. We can’t wait to welcome you to our events, and most importantly to our growing family.”

How can you add value to your home?