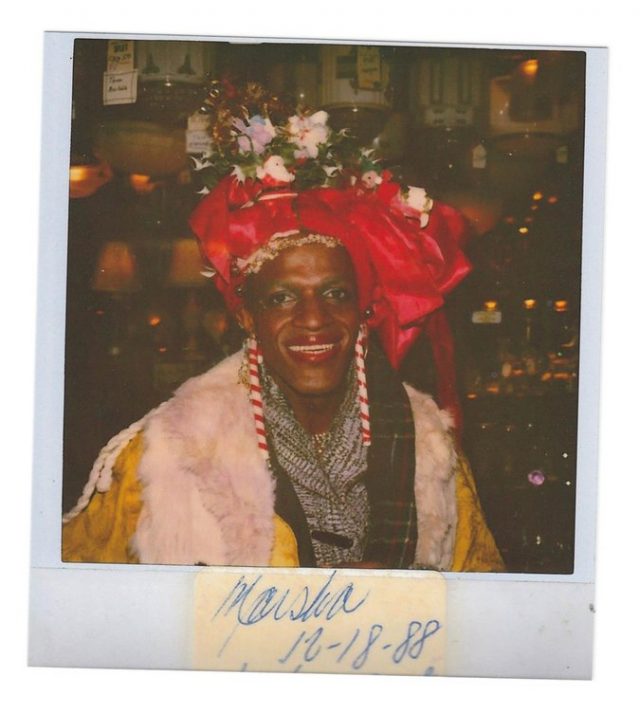 Marsha P. Johnson was an activist, a prostitute, a drag performer and, for nearly three decades, a fixture of street life in Greenwich Village. She was a central figure in a gay liberation movement energized by the 1969 police raid on the Stonewall Inn. She was a model for Andy Warhol. She battled severe mental illness. She was usually destitute and, for much of her life, effectively homeless.

When she died at 46, under murky circumstances, in summer 1992, Johnson was mourned by her many friends, but her death did not attract much notice in the mainstream press.

In the years since, however, interest in her legacy has soared. She has been praised for her insistent calls for social and economic justice; for working on behalf of homeless street youth ostracized by their families for being gay or otherwise not conforming to traditional ideas about gender; and, later, for her advocacy on behalf of AIDS patients. Some have called her a saint.

Many transgender people have also come to hail Johnson, and her longtime friend and colleague Sylvia Rivera, as pioneering heroes. (The term transgender was not in wide use in Johnson’s lifetime; she usually used female pronouns for herself, but also referred to herself as gay, as a transvestite or simply as a queen.)

“Marsha P. Johnson could be perceived as the most marginalized of people — black, queer, gender-nonconforming, poor,” said Susan Stryker, an associate professor of gender and women’s studies at the University of Arizona. “You might expect a person in such a position to be fragile, brutalized, beaten down. Instead, Marsha had this joie de vivre, a capacity to find joy in a world of suffering. She channeled it into political action, and did it with a kind of fierceness, grace and whimsy, with a loopy, absurdist reaction to it all.”

Johnson was born Malcolm Michaels Jr. on Aug. 24, 1945, in Elizabeth, N.J., the fifth of seven children in a working-class family. Her father, Malcolm Michaels Sr., worked on the assembly line at a General Motors factory in Linden. Her mother, the former Alberta Claiborne, was a housekeeper.

Johnson was around 5 when she began to wear dresses, but felt pressure to stop because of other children’s aggression. Later, Johnson said in an interview toward the end of her life, she was sexually assaulted by another boy, who was around 13.

She began attending the Mount Teman African Methodist Episcopal Church as a child and practiced her Christian faith throughout her life; later, she was drawn to Catholicism and visited houses of worship of other faiths frequently. She graduated from Thomas A. Edison High School in Elizabeth in 1963, and promptly moved to New York City, she later recalled, with $15 and a bag of clothes.

It was not an easy time to live outside the sexual mainstream. Although New York State downgraded sodomy from a felony to a misdemeanor in 1950, persecution of gay people and criminalization of their activities were still common. Same-sex dancing in public was prohibited. The State Liquor Authority banned bars from serving gay people alcoholic beverages. People could be charged with sexual deviancy for cross-dressing. Police enforcement was often arbitrary.

Johnson with her friend and fellow activist Sylvia Rivera outside City Hall in New York at a rally for gay rights around April 1973. In the years since her death, Johnson’s legacy has soared. She has been praised for her insistent calls for social and economic justice; for working on behalf of homeless street youth ostracized for not conforming to traditional ideas about gender; and for her advocacy on behalf of AIDS patients. Diana Davies, via New York Public Library

After arriving in New York, Johnson alternated between going by her given name, Malcolm, and a persona she had created, Black Marsha. She engaged in prostitution and was often arrested — she stopped counting after the 100th time, she later said — and was once, in the late 1970s, even shot. She could often be found in seedy hotels near Times Square, including the Dixie Hotel (now the Hotel Carter) on West 43rd Street.

“The ones that used to make the most money was the boys that could wear their own hair, with just a little bit of makeup,” she later recalled.

Johnson was a key figure in the disturbances that followed a police raid at the Stonewall Inn, a gay bar on Christopher Street, early in the morning of June 28, 1969. Many legends have grown around the event — often characterized as a riot, but more recently described as a rebellion or uprising — but the evidence suggests that Johnson was among the “vanguard” of those who resisted the police, according to David Carter, the author of “Stonewall: The Riots That Sparked the Gay Revolution.” She was 23 at the time.

Stonewall helped to galvanize a more assertive, even militant, gay-rights movement. It prompted the first gay pride parades, in 1970. The same year, Johnson joined Rivera in founding Street Transvestite Action Revolutionaries, or STAR, to advocate for young transgender people — and, for a time, house, clothe and feed them, from a tenement at 213 East Second Street. STAR grew out of the Gay Liberation Front, which advocated for sexual liberation and pushed to align gay rights with other social movements.

Her goal, she declared in an interview for a 1972 book, was “to see gay people liberated and free and to have equal rights that other people have in America,” with her “gay brothers and sisters out of jail and on the streets again.” She added, in a reference to the radical politics of the time, “We believe in picking up the gun, starting a revolution if necessary.”

The 1970s were a time of greater visibility for Johnson. Tall and slender, she had a knack for commanding attention. Her outfits — red plastic high heels; slippers and stockings; shimmering robes and dresses; costume jewelry; bright wigs; plastic flowers and even artificial fruit in her hair — were often assembled from scavenged or discarded materials.

“I was no one, nobody, from Nowheresville, until I became a drag queen,” she said in a 1992 interview.

Among those who noticed was Warhol. He took Polaroids of Johnson and included her in “Ladies and Gentlemen,” a 1975 portfolio of screenprints depicting drag queens and transgender revelers at The Gilded Grape, a nightclub. Johnson was also part of a drag performance group, Hot Peaches, that began performing in 1972. She told anyone who asked — including, once, a judge — that her middle initial stood for “pay it no mind.” The surname came from a Howard Johnson’s restaurant where she liked to hang out.

Yet life was never easy for Johnson. She had the first in what she said was a series of breakdowns in 1970, and was in and out of psychiatric institutions after that. (“I may be crazy, but that don’t make me wrong,” she often said.) She was generally known for her warmth and charisma, but she also could get into physical scraps and be frightening to others.

“She would wander, start off talking about one thing and end up miles away; people would say that drugs had ruined her mind, that she was a permanent space cadet,” the historian and author Martin Duberman wrote in “Stonewall,” adding that Johnson’s mind had “concentrated wonderfully” when she was organizing STAR.

In 1980, a pivotal year for Johnson, she was invited to ride in the lead car of New York’s annual Gay Pride Parade, and began living at the home of a close friend, the gay activist Randy Wicker, in Hoboken, N.J. She cared for Wicker’s lover, David Combs, before he died of AIDS, in 1990. Grieving for friends, she could sometimes be found prostrate before a statue of the Virgin Mary at the Catholic Community of Saints Peter and Paul in Hoboken. She was also an AIDS activist, attending protests by and meetings of ACT UP, the AIDS advocacy organization.

In a June 26, 1992, interview, Johnson said she had been H.I.V.-positive for two years. “They call me a legend in my own time, because there were so many queens gone that I’m one of the few queens left from the ’70s and the ’80s,” she said.

Several days later, she was seen for the last time. On July 6, 1992, her body was pulled from the Hudson River, near the Christopher Street piers. Her death was quickly ruled a suicide, a determination that many of her friends and acquaintances questioned.

Later in 1992, the authorities reclassified the cause, to drowning from undetermined causes, and in 2012, they agreed to take a fresh look at the case, which officially remains open.

Johnson has been the subject of several film projects, including work by Reina Gossett and Sasha Wortzel and documentaries in 2012 by Michael Kasino and in 2017 by David France. France’s film, “The Death and Life of Marsha P. Johnson,” focused in part on the efforts of Victoria Cruz, a transgender activist and a volunteer with the New York City Anti-Violence Project, to investigate the case.

Johnson’s ability to mix flamboyant joy with determined activism is a central part of her legacy.

“As long as gay people don’t have their rights all across America,” she once said, “there’s no reason for celebration.”