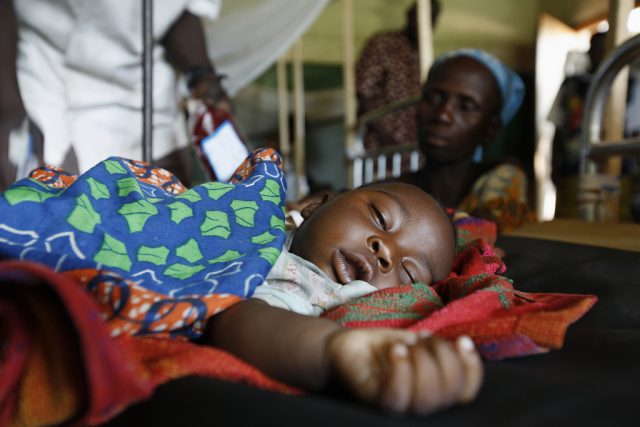 Here we examine the reasons for low life expectancy.

15.  No Money – No Treatment
You can look on some youtube videos, which show gleaming hospitals in some African countries, with smiling doctors, nurses and patients.  What they do not tell you is that it all very expensive, and 90% of the population will never enter to those hospitals.  If you as a patient are not rich, you are unlikely to end up smiling on the beds.  Obtaining health insurance helps massively, but that assumes you have a good job or business that will pay for it, and even then the insurance will not cover certain major operations or treatments.  Also the expertise needed for a disease, may not be present in the country, or there is a long waiting time.   Many of the super-rich (including politicians) travel abroad to India or Singapore for treatment as they feel they are more likely to survive.  So the ordinary person just accepts that when they are sick, they probably won’t survive.
16.  Malaria is a mosquito-borne infectious disease affecting humans and other animals caused by parasitic protozoans
Malaria causes symptoms that typically include fever, tiredness, vomiting, and headaches. In severe cases it can cause yellow skin, seizures, coma, or death. Symptoms usually begin ten to fifteen days after being bitten. If not properly treated, people may have recurrences of the disease months later.
The largest killer of children in Africa is Malaria.  It kills one child every 30 seconds, about 3000 children every day. Over one million people die from malaria each year, mostly children under five years of age, with 90 per cent of malaria cases occurring in Sub-Saharan Africa.
Not everyone dies.  An estimated 300-600 million people suffer from malaria each year. More than 40 percent of the world’s population lives in malaria-risk areas. Malaria is particularly damaging to pregnant women and their unborn children. It can result in maternal anaemia and low birth weight – the single greatest risk factor for death during the first months of life.
Malaria is a barrier to development. Malaria hampers children’s schooling and social development. Many children who survive a serious attack of malaria develop physical and mental impairment.
Malaria is a major cause of poverty. The cost of malaria control and treatment drains African economies, slowing economic growth by about 1.3 per cent a year. Its prevention is an important part of poverty reduction and economic development.