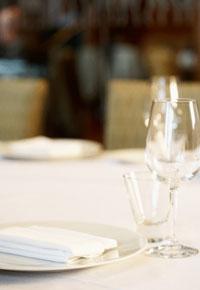 Besides being hip-hop sensations, what do P. Diddy, Jay-Z and Doug E. Fresh have in common? Well, now with the entry of Fresh into the eatery business, they are all NYC restaurateurs.
Fresh recently debuted his new Harlem restaurant, Doug E.´s, in hopes of reviving his hometown community. The 25-year hip-hop veteran opened the food hot spot on 132nd Street and Adam Clayton Powell Boulevard.

It´s the latest in a long line of celebrity restaurants in the Big Apple, but one of a handful owned by a hip-hop entrepreneur. In 1997, Sean P. Diddy Combs opened a nouveau soul food restaurant called Justin`s in NYC and Atlanta in 1998. Then in 2003, Jay-Z selected a sports bar/restaurant called 40/40 Club for his entry into the industry. A line of others followed across the country. But both Diddy and Jay-Z have had problems. Diddy eventually shuttered Justin´s NYC after 10 years in 2007, announcing he would reopen at a larger location–a proclamation that was never realized. And Jay-Z´s chain has had closings, lawsuits and other financial snags over the years.
But Fresh, whose restaurant serves Soul and Caribbean food, seems to be taking a different route. Instead of the launch of a mega chain, he is emphasizing the community base. He announced to the press that he wanted to staff students after school in order to give them work experience and a place to go instead of the streets.
Cassandra Gaines, founder of the National Soul Food Cook-Off, says Doug E.´s is opening at the right time, especially with the growth spurt Harlem has been experiencing over the past five years. ” Harlem is a great place to have a restaurant. That is where a lot of tourists now go,” she says. But she adds, “I think Doug E. Fresh will have to make it marketable for tourists–that is the key. And one thing I do know is that in this business, if the food is good the people will come back.”
And with NYC being a tough locale for restaurants, both business-wise and food critic-wise, competition is fierce. In fact, just earlier this year the famed and revered Tavern on The Green shut its doors. Gaines, whose next Cook-Off is January 15, 2011, advises Fresh to “have a specialty or a signature dish, and also great customer service,” she says. “By traveling all over and doing the National Soul Food Cook-Off, I find out that the signature dishes are the biggest hits.”
Doug E. Fresh, 44, entered the rap world with the hit “The Get Fresh Crew” in the early 1980s, and instantly became known for his beat-boxing (nicknamed the Human Beat Box) and showmanship. Other hits such as “The Show” and “La Di Da Di” followed.