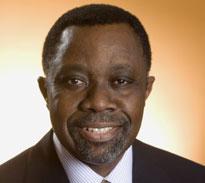 Africa today presents a mixed picture. Economic growth is defying expectations. Yet, the continent as a whole is short of the Millennium Development Goals (MDGs) for 2015. The challenge then is to make growth equitable and strengthen policy interventions for reducing poverty. The question is how? The answer is the structural transformation of African economies.

The MDGs have succeeded remarkably in focusing the world’s attention on poverty and on government policies to reduce it rather than wait for growth to trickle down. But progress for many countries, especially in Africa, has been much too slow. On a global level, we have almost achieved MDG 1- halving the number of people living below $1.25 a day from 1990 to 2015. But Sub-Saharan Africa had only achieved a 16 percent reduction as of 2008. While progress may be slow, and the death of any mother in childbirth is one preventable death too many, we are moving in the right direction, thanks to the MDGs .
On one front, though, Africa is on a precipice: jobs!
The promise (or threat) of a youth bulge calls for urgent preparation by African governments and private sector and our international partners. Take Liberia, host of the second high-level panel on the post-MDGs, 60 percent of the population is 35 years or younger. Estimates of the number of new entrants to the labour force range from 8 million to 12 million per year.
So where will those jobs come from?
The situation calls for interventions targeted at creating productive jobs. Growth, for sure, is prerequisite. On that count, Africa is on the right track as many countries hover above or near the 7 percent growth threshold for economic takeoff. As the World Bank reports, Africa’s economic growth has not come with commensurate creation of jobs. So growth is not sufficient. How you grow matters. Growth is more equitable, sustainable, and job-creating when it happens through structural transformation.
Transformation, as we champion it at the African Centre for Economic Transformation (ACET), is growth through making the structural shifts from farming to manufacturing and services. It is growth through expanding the technical capabilities of people and institutions. It is growth through upgrading the technologies that people use on farms, in firms, and in government offices. It is growth through becoming internationally competitive and latching onto global chains. All these channels are mutually reinforcing.
Thus it is that a transforming economy-more than just a growing economy-can create stable, wage-paying jobs and share the fruits of prosperity. And thus it is that a Ghana can become a Korea and a Nigeria can become a Brazil.
How, then, to transform?
First, start on farms. Africa’s economic transformation has to begin with the modernization of agriculture, the sector that makes up the bulk of most African economies and on which most of the extremely poor rely for subsistence. Not only does higher productivity boost the incomes of smallholders and increase the food supply, but also it enables the development of off-farm employment. And agriculture can serve as the foundation for manufacturing and services, particularly through agroprocessing.
Second, develop skills. Across Africa, millions of university graduates are frustrated by their fruitless search for jobs while companies are frustrated by their fruitless search for the right practical skills. Thus jobs that could have absorbed the 8 million force entrants are filled with expatriates or never created for want of skills. Preparing for the next generation of jobs calls for a renewed focus on technical and vocational education and training (TVET), including public campaigns to raise the profile of TVET.
Third, invest in infrastructure. The positive spillovers from improved infrastructure are wide-ranging: from steadier manufacturing to more reliable services, especially those in export-oriented industries. As the McKinsey Global Institute reports, Mali’s exports of mangoes to the European Union grew sixfold between 2003 and 2008 after a concerted public-private program helped the country build integrated road, rail, and other infrastructure necessary to access export markets. The same can be said for cut flowers, first from Kenyan, and later from Ethiopia, now producing hundreds of millions of dollars in export revenues every year. Infrastructure investments also create immediate jobs in construction.
Several key interventions drive transformation, but these three are critical towards filling Africa’s urgent need to create stable jobs.
So what will all this take? A lot, to be sure. But the main requirement is for governments to work closely with the private sector-to create incentives for investments in agriculture; to match skills-building initiatives to available jobs; and to build the right roads and power stations in the right places. After all, 90 percent of jobs are created by the private sector.
Pursuing an ambitious agenda for transformation in the face of pressing social needs is a tough social and political challenge, and leaders ought to make it a strategic imperative to bring their citizens and political opponents on board. As Liberian President Ellen Johnson-Sirleaf, one leader who is embarking on a bold agenda for transformation, said in her last end-of-year message, “it is difficult work and it takes time.”
It is said that one psychological impediment to action on climate change is that we may love our grandchildren but we don’t really know our great great grandchildren. When it comes to the urgency of creating jobs in Africa, we are talking about our children.

What are the traits of a highly successful entrepreneur?

Benefits Of Seeking Professional Help For Your Addiction Recovery