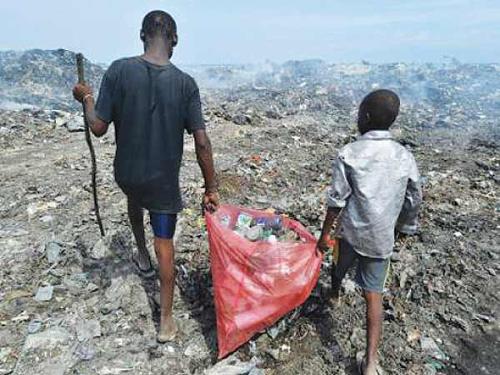 Fast-paced African countries may have growth rates that are the envy of developed economies, but the continent’s boom has failed in recent years to significantly dent poverty levels, economists say.
Sub-Saharan Africa is set to grow by 5.6 percent this year, according to latest figures from the International Monetary Fund (IMF), with 18 countries hitting at least six percent.

“Sub-Saharan Africa is expected to continue growing at a strong pace during 2013-14, with both resource-rich and lower-income economies benefiting from robust domestic demand,” the IMF said in its latest World Economic Outlook.
According to the World Bank, foreign direct investment inflows rose 5.5 percent in the region last year, against a plunge of 6.6 percent in developing countries worldwide.
The investment-to-GDP ratio is the lowest among developing regions, which the bank likens to pre-boom levels in 1960s China and 1980s India “suggesting increased scope for further expansion in productivity-enhancing investment”.
Africa’s oil and mining wealth means that these sectors dominate the overall flows, but investment has also risen in services such as water, construction, and electricity projects. States with growing middle classes – such as Nigeria, South Africa, Ghana and Kenya – are also drawing investment to consumer areas such as retail and banking.
Consumer spending makes up more than 60 percent of Africa’s GDP, a sector recently highlighted by McKinsey & Company who found urban Africans spent more on clothing and food than those in Brazil, China and India on average.
Telecommunications, banking and retail are flourishing, construction is booming and private investment inflows surging.
But the continent’s poor are still not riding the wave. “More than a decade of strong economic growth has reduced poverty in sub-Saharan Africa – but not by enough,” said the World Bank last week.
Growth has been less poverty-reducing than elsewhere in the world; and despite the faster growth in resource-rich countries, levels of poverty are falling at a slower rate , it said. While strides have been made in reducing the levels of Africans living on less $1.25 a day, more than a third of the world’s extreme poor still live in sub-Saharan Africa
And it is still the only region in the world where the number of poor people rose “steadily and dramatically” between 1981 and 2010, according to a recent bank note on poverty.
“The poverty rate is not going down at the same rate that the growth rate is going up,” said Soren Ambrose, economist of anti-poverty group ActionAid in Nairobi. “The mining companies were given attractive deals: those companies come in and do their business and as a result the growth rates are up.”
But, he added: “Not much remains, the amount that is left in the country is not so much.”
This year, only two regional economies, Swaziland and oil-rich Equatorial Guinea, are set to shrink. Powerhouse South Africa is struggling to take off, with only 2.8 percent growth forecast.
Next year however, the IMF predicts growth of 6.1 percent in the region, largely thanks to the revival of South Africa.
In its latest Africa analysis, the World Bank says high commodity prices and domestic spending will ensure the region stays among the world’s fastest growing.
But more has to be done to unleash the potential of the continent’s opportunities, it argues.
“Higher economic growth does not automatically translate into higher poverty reduction,” states the report. — AFP