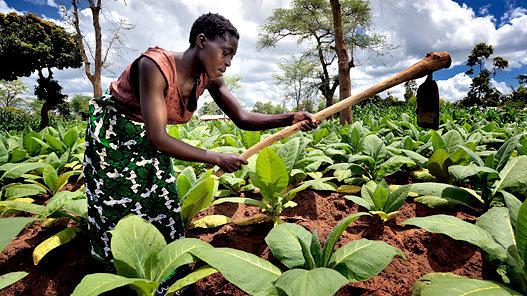 Malawi is one of the poorest countries in Africa with a short democratic history. The country has struggled against corruption and political violence while hunger and AIDS has impoverished the country’s population.

Malawi has an annual growth of 8 percent, but 53 percent of the population still lives below the poverty line.
It is particularly Malawian women and girls who are infected with HIV, seeing as they are especially vulnerable due to discrimination, sexual assaults and polygamy. About 800.000 children have lost one or both parents. At least 12 percent are believed to be infected.
Despite some degree of progress, hunger and malnutrition remains a significant problem. The rain has been unstable throughout the last decade, which often means failing crops.
Following decades of dictatorship, the country’s civil society still has to be strengthened and equality must be promoted.
Many women are unaware of their rights and need help if they are going to participate actively in democratic decisions.

WHAT WE DO IN MALAWI

In the 1980s DanChurchAid began supporting Malawi with clinics and water supplies, but in 1993 when the country’s churches led the way ahead by demanding democracy and changes from the country’s dictator at the time, Hastings Kamuzu Banda, DanChurchAid increased its collaboration with Malawian organisations and made the country one of the five focus countries in its development work in Africa.
Today, DanChurchAid and its local partners focus on three main fields:

During the last couple of decades, the country has struggled with an unstable climate and, therefore, a part of our efforts is focused on disasters.