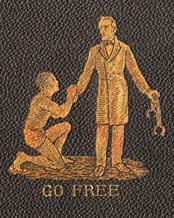 The Amistad Research Center’s ties to the American Missionary Association (AMA) can be traced to the AMA’s roots in the coalition of abolitionists who came to the defense of the Amistad Africans. Under the banner of the Amistad Defense Committee, abolitionists and attorneys, with help from former President John Quincy Adams, took the case to the United States Supreme Court, which ruled that the Africans were free.

The Amistad Committee evolved into the inter-racial AMA, which rose to the forefront of the fight for freedom and justice. The AMA founded hundreds of abolitionist and anti-caste churches and schools among African Americans, Native Americans, Puerto Ricans, Appalachian Whites, Asian Americans and Mexican Americans. Distinguished colleges and universities that emerged from these efforts include: Atlanta University, Berea College, Dillard University, Fisk University, Hampton University, Huston-Tillotson University, LeMoyne-Owen College, Talladega College, and Tougaloo College.
During World War II, the AMA established a Race Relations Department on the campus of Fisk University to improve human relations through research and education. The Amistad Research Center was established as a division of the Race Relations Department in 1966. By 1969, the Amistad Research Center, now incorporated as an independent institution, had become the official repository for the archives and institutional records of AMA, transferring its operation to Dillard University in New Orleans in 1970. The Center eventually outgrew its space and moved to the old United States Mint building in the French Quarter, and in 1987, the Center moved to Tulane University.
Today
The Center is housed in Tulane University’s Tilton Memorial Hall. From its beginnings as the first archives documenting the modern civil rights movement, the Amistad Research Center has experienced considerable expansion and its mission continues to evolve. The history of slavery, race relations, African American community development, and the civil rights movement have received new and thought-provoking interpretations as the result of scholarly research using Amistad’s resources.
The holdings include the papers of artists, educators, authors, business leaders, clergy, lawyers, factory workers, farmers and musicians. The collection contains approximately 250,000 photographs dating from 1859. Literary manuscript holdings contain letters and original manuscripts from prominent Harlem Renaissance writers and poets. The Center holds more than 400 works of African and African American art, including works by several internationally renowned 19th and 20th century African American masters.

What it means when a black person is removed from an important photo!