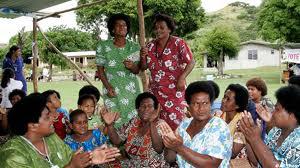 Johannesburg – President Jacob Zuma emphasised that the government would stick to amendments on the Broad-Based Black Economic Empowerment Act which will establish a statutory Commission to deal with transgressions.

“The proposed law will also criminalise fronting and other forms of empowerment misrepresentation,” he warned.

He said the government was working on a Women Empowerment and Gender Equality Bill which would allow for sanctions in the case of non-compliance.

All government departments have been directed to meet the stipulation that 2% of people employed in the public service should be disabled.

Zuma, however, did not spell out if demands by Cosatu for a ban on labour brokers was gaining traction.

He merely said that the NEDLAC process on the Atypical Forms of Employment and Labour Broking has been completed.

“Government seeks to eliminate all forms of abusive practices inherent in labour broking, in order to strengthen the protection of vulnerable workers. We trust that common ground will be found this year on this matter,” he said.

China has More African Students than the UK and America