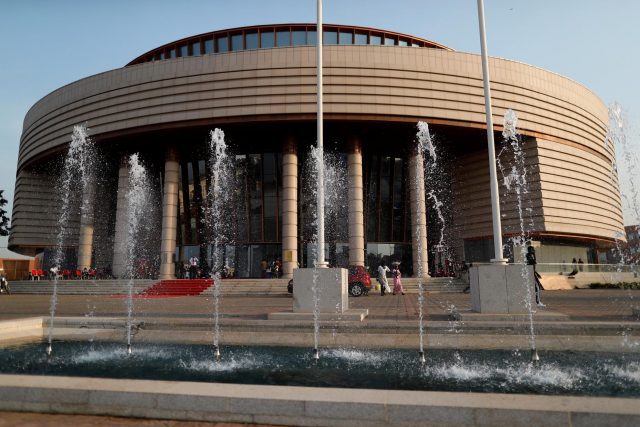 More than half a century after the idea was first birthed by Leopold Senghor—the first president of Senegal, the Museum of Black Civilizations is finally a reality.

The vast 14,000 square-meter museum opened a fortnight ago in Dakar, Senegal’s capital, a fulfillment of Senghor’s hopes for a grand museum for global black art. Senghor, who was also a poet, cultural theorist and leading pan-Africanist thinker, is believed to have conceived the idea following the First Festival of Negro Arts in 1966. But the first steps towards creating the museum did not happen until 2003.

The underlying idea for the museum is to document and celebrate artifacts from global black civilizations. As such, the museum’s catalog is unlikely to be exclusively African. Indeed, the first temporary exhibitions at the museum will feature artworks from Cuba and Haiti, BBC reports.

The museum’s galleries explore a range of themes including Africa Now, a showcase of contemporary African art from artists around the continent as well as Cradle of Humankind a nod to the human origins in Africa—in line with scientific findings—featuring early-age stone tools. The museum also houses The Caravan and the Caravel, an exhibit focused on trans-Atlantic and trans-Sahara human trade. Exhibits on show at the museum range across statues, wood carvings, masks, sculptures and textiles, Reuters photos show.

The opening of the museum is particularly timely given increased discussions about the repatriation of African artifacts looted during colonial times which are currently scattered across museums and private collections in Europe. Though the calls for repatriation have lasted for decades, moves to ensure that reality are finally gathering steam. Last month, a report in France recommended the return of the 90,000 African artworks currently held by the country’s museums. Senegal has reportedly already requested for the return of all its looted artifacts held in France.

A oft-cited refrain against calls for repatriation has been the lack of standardized art infrastructure and conservation practices on the continent. But the Museum of Black Civilizations—developed with technical support from the United Nations Educational, Scientific and Cultural Organization (UNESCO)—defeats that rhetoric. And the museum is clearly not lacking in room should artifacts be returned: it has a capacity for 18,000 exhibits.

Just as it could prove important as a home for artifacts of the past, the Museum of Black Civilizations can also prove crucial for present-day artists on the continent, offering a focal point for exhibitions and meets. Across the continent, a lack of standardized infrastructure is a common problem for artists. In fact, UNESCO has already credited the museum’s successful opening to the “solidarity of many African museums, whose professionals have participated in its scientific design and in the constitution of its collections.”

But while the museum stands tall as a milestone for African art and artists of past and present, the Museum of Black Civilizations can also be seen as a symbol of China’s soft power on the continent: Senegal has Beijing to thank for a $34 million donation towards constructing the museum.