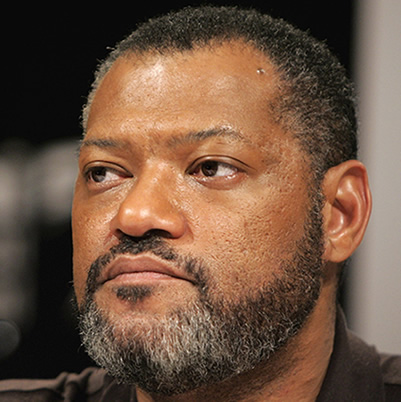 Laurence Fishburne was born on July 30, 1961, in Augusta, Georgia. It wasn’t until the 1990s that he became a recognized actor. His string of successes included Boyz N The Hood, What’s Love Got to Do With It? (for which he received an Academy Award nomination) and The Matrix and its sequels. He was also in 2006’sAkeelah and the Bee. That same year he appeared in Bobby.

Actor Laurence Fishburne III was born on July 30, 1961, in Augusta, Georgia. Raised in Brooklyn by his mother after his parents’ divorce, Fishburne starting acting at age 12. He appeared primarily on television, including One Life to Live and Pee-Wee’s Playhouse, and made his film debut at age 13 in Cornbread, Earl and Me.

It wasn’t until the 1990s when Fishburne landed meatier roles on the big screen that he became a recognized actor. His string of successes built on his intense, solid performances and included 1991’s Boyz N The Hood, 1992’s What’s Love Got to Do With It?(for which he received an Academy Award nomination), The Matrixand its sequels, and Mission: Impossible III. Fishburne played a professor who coaches a girl from south Los Angeles to compete in a national spelling bee in 2006’s Akeelah and the Bee. That same year he appeared as a chef in Bobby, a film about Robert F. Kennedy’s assassination.

Even as his films triumphed at the box office, Fishburne continued to nurture his stage career. He earned a Tony Award in 1992 for August Wilson’s Two Trains Running and appeared in Wilson’sFences opposite Angela Bassett. In 2008, Fishburne joined the cast of the popular television series CSI: Crime Scene Investigation.

Cause and Effect? Bill Cosby may be right about African-Americans spending a lot on...