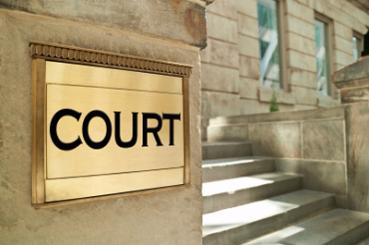 ST. JOHN’S, Antigua, Tuesday March 12, 2013 – The Antigua and Barbuda government says it is preparing to deal with a motion filed by the son of the owner of a company based here who is asking the US courts to reconsider a previous ruling that dismissed a US$750,000 breach of contract lawsuit against the government.

Attorney General Justin Simon told Parliament that Dan Abraham Sarfati, the son of Maurice Sarfati, of Roydan Ltd, had filed the motion on the grounds that the guarantee which was given by the government in respect of the promissory note which had been issued by the Ministry of Agriculture and Lands was not barred by the statute of limitation.

Simon said Sarfati also argues that “the limitation period would only begin from the date when the court had declared that the promissory note was no longer viable”.

He said the second ground for the appeal is that “they were entitled to an extension of time in respect of the limitation period because the claimant, Sarfati, was under threat by the government of Antigua and Barbuda”.

Last month a US federal court dismissed the original law suit that was filed on July 19, 2010  by Dan Abraham Sarfati regarding the payment of three promissory notes issued to the company and signed by then agriculture minister Hilroy Humphreys in June 1990 and guaranteed by the Ministry of Finance.

Dan Sarfati, who was eight years-old in 1990, alleged that the monies had never been repaid, and that because of “threats and coercion” made to his father by people associated with the then government, he became fearful for his safety and no legal action taken then to recover the funds.

A statement by the Antigua and Barbuda government said it had engaged the services of two US-based Antigua-born lawyers to act on its behalf in the matter and that they had filed a motion to dismiss the claim on the grounds that the lawsuit was barred by the statute of limitations, “notwithstanding the alleged threats which were pleaded were baseless”.

The Nigerian author blazed the trail for a generation of African writers, says Kwame...