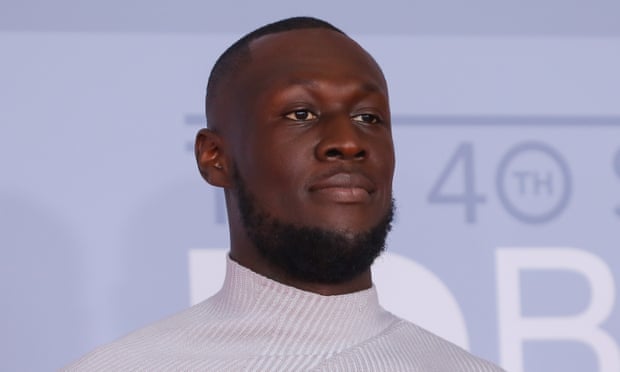 The donation, described as the “beginning of a lifetime commitment” from him and his company #Merky, comes amid a huge backlash against the killing of George Floyd, and a renewed fight against racism in the US, UK and elsewhere. He urged others to join him in pledging to causes that support black people.

Stormzy was reportedly seen at the Black Lives Matter protests in London’s Parliament Square last weekend, and has frequently been outspoken on race and British politics.

In December 2019, he said in an interview with the Italian newspaper La Repubblica that “Britain

has a racism problem it doesn’t like to admit”, and that Boris Johnson “encourages hate among others”.

He said British people “feel encouraged. It’s like Trump … Before people had to hide their racism … Now these people have the confidence to come out in public to say everything.”

In 2016, following the police killings of   Alton Sterling, Philando Castile and other black Americans in the US, he said: “All I can do is urge everyone to do more, that’s what I’m going to do. Protest, march, donate, speak out, call out bullshit, build within your community, help those in need etc. Whatever it is that needs to be done.”

In 2018, he announced scholarships for two black students attending Cambridge university, expanding the scheme with two more in 2019. He and black YouTube influencer Courtney Daniella were credited with helping boost the number of black applicants inquiring about its courses, with an almost 50% increase in admissions between 2018 and 2019.

At the Brit awards in 2018, he castigated Theresa May and the Conservative government over the handling of the Grenfell Tower fire aftermath, using a freestyle rap to say: “Theresa May, where’s the money for Grenfell? … [you] just forgot about Grenfell, you criminals, and you got the cheek to call us savages.” He also appeared on a version of Bridge Over Troubled Water to benefit victims of the disaster.

That year, he also launched #MerkyBooks, an imprint within Penguin Random House to publish writing “from underrepresented communities”. Malorie Blackman, Derek Owusu and Stormzy himself are among the writers on the roster.

Numerous other cultural figures have donated to causes in the wake of the Floyd killing, and amid global Black Lives Matter protests. Korean group BTS, who are the world’s biggest boy band, donated $1m to Black Lives Matter, with the donation later matched by fans via a crowdfunding initiative.

Canadian R&B singer the Weeknd, who spent 14 weeks in the UK Top 3 earlier this year with his single Blinding Lights, donated $500,000 across three organisations: Black Lives Matter, Know Your Rights Camp and National Bail Out. He added: “To my fellow respected industry partners and execs—no one profits off of black music more than the labels and streaming services. I urge you to go big and public with yours this week. It would mean the world to me and the community if you can join us.”

Lady Gaga announced a range of social justice initiatives that she was donating to, while stars including Harry Styles and Drake have donated to bail funds for protesters.

Stormzy was scheduled to be on a world tour throughout 2020, playing 55 dates across five continents​, but these shows have steadily been postponed due to coronavirus.​ He is currently at No 7 in the UK charts with the track I Dunno alongside rappers Tion Wayne and Dutchavelli.

For churchgoers during the Covid-19 pandemic, a deadly lesson from the 1918 Flu