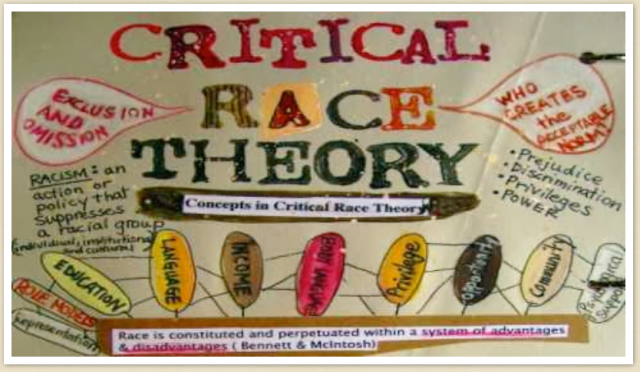 How the War Over Critical Race Theory Affects Native Americans

How the War Over Critical Race Theory Affects Native Americans

The current backlash against teaching the truth about our history has added fresh insult to the long legacy of injuries to America’s Indigenous inhabitants.
By Joshua Adams
First Published – NOVEMBER 2, 2021

Discourse about race in America often takes on a kind of black-white dichotomy, and the panic over “critical race theory” is no different. We’ve seen images of angry white parents at protests, demanding bans on the teaching of CRT—in every grade from kindergarten to college. We’ve seen bans on teaching Martin Luther King’s writing, or reading books about Ruby Bridges—essentially any discussions of historical or current racism.

Yet we shouldn’t overlook how this manufactured moral panic affects Native American communities. Many of the laws passed by GOP-led state legislatures include language that has a direct effect on teaching about indigenous people, colonization, Western expansion, Native sovereignty and more. Rebecca Nagle, a Cherokee writer, activist and host of the This Land podcast, said that panic over CRT is just the latest version of an old reaction.

“I feel like fear of history being told more accurately has been around for a long time,” said Nagle, citing pushback against things like The New York Times’ 1619 Project, the removal of Confederate statues, or efforts to recognize Indigenous People’s Day instead of Columbus Day. “For a long time in the United States, there’s been a reluctance to tell the fullness of our history—the good and the bad.”

Part of the reason the panic over CRT has so much purchase is because the term has been made into a nebulous, catchall bogeyman—encompassing anything that deals with diversity, inclusion, ethnic studies, and a range of subjects related to race that makes parents uncomfortable. This has happened for other terms, like “woke,” for example. If these concerned parents were introduced to the panic through conservative and right-wing media, they may well be both terrified of CRT—and unable to explain precisely what it is.

“Nice” Isn’t Going to Save the Planet
“I think what’s happening across the nation is people generally misunderstand what critical race theory is,” said Elizabeth Rule, Assistant Professor of Critical Race, Gender, and Culture Studies at American University and an enrolled member of Chickasaw Nation. “A lot of people mischaracterize it as teaching that places blame on individuals, and others are concerned that it’s a tool to create division between communities.”

Nagle argued that both the concern with and moral outrage over students’ feelings in school environments seems highly selective. For an example, she pointed to research that shows the harmful effects Native-themed mascots have on Native communities, particularly the young. Rule explained how the general lack of understanding about Native history and culture affects these communities.

“There’s a sizable portion of our population that fundamentally lacks an understanding of who Native people are in this country,” said Rule. “There’s a belief amongst some that Native Americans all died and are extinct. I’ve had people not know that Native people still exist today.” (Nagle has had similar experiences, recounting a time when a woman said, “I thought we killed all of you?”) “Any policy or law or ban that is going to further prevent education about our first American population is only going to exacerbate that lack of understanding,” Rule added.

With states placing broad limits on how educators across the country can teach accurate American history, these laws and bans will only foster a chilling effect across the schools and classrooms of Indian country.

“You see this severe lack of inclusion with Native people at every level,” Nagle says. “You can go to law school and not learn about tribal sovereignty or what a federally recognized tribe is. You can learn the three branches of government in civics, but most Americans don’t know what a tribe is and what that means legally.”

Maggie Blackhawk, a member of the Fond du Lac Band of Lake Superior Ojibwe and a New York University Law professor of constitutional law and federal Indian law, echoed Nagle. Blackhawk said these laws and bans will only add to the feelings of exclusion, marginalization, and erasure that many Natives Americans already encounter as they matriculate through the American education system.

“It doesn’t take a law to erase Native history from most classrooms—it already isn’t there,” Blackhawk said. “Instead, public schools for many, many years have taught a story of Thanksgiving that was manufactured in the late 19th century. In Oklahoma, schools staged land-grab exercises where students performed claiming land, which was a form of deep dispossession and breaking treaty promises. So it’s even more strange to prohibit by law something that isn’t in the curriculum.”

Blackhawk did suggest that because of Native sovereignty, there is a small subset of Native students and teachers who will be less affected—those who teach at and attend schools run by tribal governments. But roughly 90 percent of Native American students attend ordinary public schools.

What makes the moral panic about CRT so exhausting is that it exacerbates racial inequities and divisions in teaching that it is purportedly aimed at eliminating. It promotes a cynical understanding of what kids, particularly white kids, are ready to learn.

When any young person learns about their country, they inevitably go through some form of cognitive dissonance—reconciling the good and the bad facts of history. Especially for African American and Native American students, it’s virtually impossible to learn about American history and not interrogate it. Black and Native kids have to sit in classrooms across the country where they are taught “both sides” of slavery and the Civil War, or to valorize Christopher Columbus.

When your ancestors were enslaved or dispossessed, your relationship to those facts is much more complicated—and that dissonance isn’t so easily solved by American exceptionalism or a patriotic curriculum. In many ways, opponents of critical race theory use universalist language to specifically protect white kids from having to wrestle with issues that kids from Black, Native and other backgrounds have always had to.

“Because of who Native and African American children are, they have to learn how to embrace their country, even with its flaws,” Blackhawk said. “This is something I teach in my constitutional law class with Frederick Douglas claiming the Constitution is an anti-slavery document. He can both be within a nation state that disregards his humanity for much of his life—and then take that country and founding document and embrace that for himself.”

Blackhawk, like Nagle and Rule, believes that the panic over CRT is a manufactured diversion. But each of these scholars, writers, and activists also sees the scare over CRT as a battle in a larger political and cultural war—one that, once again, Native communities have been caught up in without much say in the matter.

What makes an Ideal Landlord?