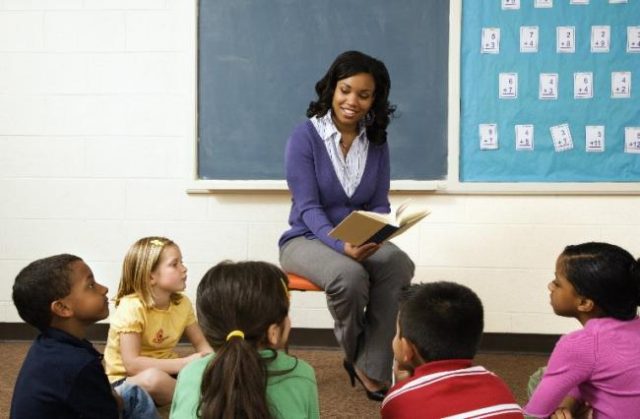 “Research says more needs to be done to ensure the teaching profession reflects the increasing diversity of Scottish society.”

Racism continues to blight Scottish education and ethnic minority pupils are calling for school lessons that directly tackle the country’s role in episodes such as slavery, according to a report.

Wide-ranging concerns are outlined in research that looks at how the teaching profession can be diversified and urges training providers to engage proactively with curricular “decolonisation”.

The approach, which involves a reconsideration of what children learn so it includes marginalised histories, voices and experiences, has become increasingly prominent thanks to the Black Lives Matter movement.

But some critics say it amounts to censorship and “sanitisation”.

The new report, which was produced by a group of national education experts, also says a huge amount of work remains to be done to make teaching truly representative and warns many councils are failing to engage sufficiently with the issue.

Scotland has a target of recruiting at least four per cent of the workforce from visible minority ethnic backgrounds by 2030.

“Racism continues to be experienced by Black and minority ethnic people in Scotland across all aspects of society, including education,” the document states.

“Educators and leaders at all levels of the system need to approach racism as a structural issue and not just at a personal level (that is about individuals ‘getting on’ or being excluded).

“There is a need to become actively anti-racist. Becoming anti-racist means acknowledging that racism exists, even when we do not immediately see it or understand it in our individual contexts.”

The working group, which was chaired by Professor Rowena Arshad, also noted there was growing demand for an evaluation of what gets taught in the classroom.

Its report states: “Scotland’s Black and minority ethnic young people are asking for teachers of all stages of education to have the confidence to deliver a curriculum that is anti-racist.

“In addition, they want a curriculum that does not avoid discussions about Scotland’s historical role in empire, colonialism and transatlantic slavery.

“There is also a call for the contributions of Scotland’s diverse communities, past and present, to be better reflected in the curriculum.

“This places immediate responsibility on those engaged in teacher preparation, such as Initial Teacher Education [ITE] providers and those providing continued professional learning, to graduate teachers who are racially literate and not ‘race’ evasive.

“ITE providers’ commitment and action to anti-racist and culturally responsive education for all student teachers is key. ITE needs to engage proactively with concepts like ‘decolonising the curriculum’ and what that means for each subject area and for each stage, thereby employing pedagogy as a tool for confronting injustice and promoting equality.”

Another key theme is the evolution of racism so it becomes less overt and instead emerges through everyday “microaggressions” and unconscious bias.

Senior staff will have to become much better at recognising and tackling such tendencies, the report warns.

Its publication comes after education bosses in Edinburgh indicated that they would look at curricular changes following pupil complaints about racist language from teachers at five schools.

Council officer Lorna French said there were “incidents of a lack of sensitivity when teaching the curriculum, which led to racist incidents taking place and that is the part of the issue which does connect to decolonising the curriculum”.

A Government spokesman said: “Our Programme for Government sets out our ambition to better enable our children and young people to learn about Scotland’s colonial and slavery history and the real need today to challenge racism.

“Following extensive stakeholder engagement a new programme of work which builds on existing activity to address race inequality in education has been developed. It will consider curriculum reform, racism and racist bullying in schools, Initial Teacher Education and Professional Learning and Leadership, as well as a focus on increasing the diversity of the teaching workforce.”

The Black Church In Britian