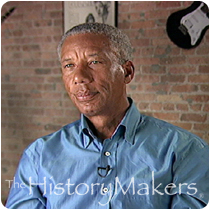 Anyone who knows Ron Gault will quickly agree that he personifies the true “can do” mentality. And that’s not surprising when you look at his childhood. Beating polio and its crippling aftereffects at age 13 taught Gault that “if you can persist, you can prevail.” But despite the victory over his ailment, the managing director at First Boston Corp.’s Public Finance Group wanted more. “I never wanted to be average,” he says.

At 51, Gault is far from average. Since joining First Boston as a vice president in 1985, his office mementos are tribute to the dozens of groundbreaking deals he has led.

Gault took Howard University to the capital markets for the first time in 1987, raising $67 million through tax-exerupt bonds for the construction of housing for graduate students and staff. He led a $150 million financing transaction for his hometown’s ChicagoO’Hare International Airport in 1988 and a $75 million financing for the Philadelphia Gas Works Facility in 1991.

And then, of course, there is New York City. First Boston was a financial adviser to New York from 1982-1990. During that time, Gault and his team helped get the firm on board as one of the five major houses that under writes the city’s $4 billion to $6 billion annual general obligation debt. Gault’s reputation, connections and insights from his days as a senior adviser to former Mayor Edward Koch and friendship with Mayor David Dinkins surely didn’t hurt his firm’s chances for the job. In December 1990, when the city was at a low in investor credibility, Gault structured an innovative $1.3 billion transaction that addressed the concerns of investors by getting bond insurance and offering bonds to individual investors.

To help clamp the deal, investors were invited to spend three days in the city talking to local officials and businesspeople. Although some considered such a maneuver too risky, Gault believed that the investors would be convinced of the value of investing in New York. They were.

Deals like these in which he can “see and feel and touch the projects that result from the capital we raise,”says Gault, are the reason he went into the investment banking business. Last summer, for example, Gault led an $80 million advance refunding of outstanding debt on low-income housing projects for the Chicago Metropolitan Housing Development Corp. The refinancing will generate an annual payment of just over $1 million through the year 2004, which will be reinvested in low-income housing.

After graduating from Grinnell College in Iowa, Gault received a master’s degree in public administration from the University of Michigan. Before joining the Koch administration, he worked as the Ford Foundation’s National Affairs Division Program Officer, with portfolio responsibility for major urban development projects.

And now Gault is aiming to contribute on the global level. After lobbying his industry for two years, First Boston and other Wall Street firms launched a six-month professional internship program for 21 black South African managers in June. His goal: “to demonstrate to the world that good corporate citizenship is good business.”