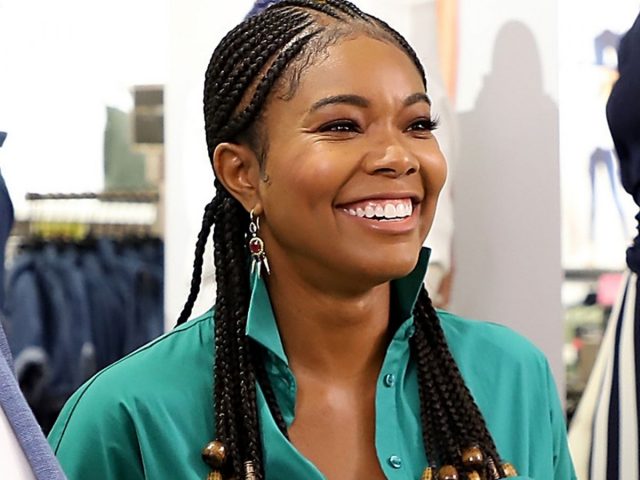 With the rise of the digital age, Black women have witnessed a new generation of impressionable Black girls who have used cornrow and braiding styles as affirmations of their cultural identity.

A majority of African American women (80%) reported feeling pressured to change their hair for work.
Natural hair still regulated. The US Olympic Committee denied the use of swim caps for Afro hair.
Stylists told Insider they challenge stereotypes to celebrate the African roots of hair braiding.

Despite the new wave, Black women still often face backlash for wearing their natural hairstyles in the office, school, and beyond.

A 2018 report by the American Bar Association found 80% of African American women said they felt pressured to make their hair look more acceptable to their non-Black peers to fit in at work.

Black hair has again become the topic of controversy, most recently in sports.

The US Olympic Committee faced a firestorm early this month when it announced earlier that swim caps designed for Afro-textured hair would be banned from use after the International Swimming Federation (FINA) – denying the British company SOUL cap application for participating athletes in the upcoming 2021 Tokyo competition.

Natural hair activists and supporters answered the rallying call of Black swimming organizations, calling out the committee – and sporting in general – for beauty and uniform standards that disadvantaged Black athletes.

Soon after, tennis star Naomi Osaka – an athlete unapologetic about her Blackness – would make a powerful statement on Black hair by appearing on the cover of Vogue Hong Kong.

A growing number of Black women who once would have not considered wearing their hair any way other than straight are speaking out against stigmas that prohibit them from wearing their crowns in braids, cornrows and twists even as natural hair becomes more of the norm.

Despite the pushback Black women and girls still face, these same braiding styles once called “unprofessional,” and even “ghetto” are now flaunted on non-Black personalities, with mainstream publications gentrifying their Africans roots like new residents Black communities – even rebranding them as “parallel plaits.”

“A lot of times, we are told that imitation is a form of flattery, but that is not usually the case when non-Black people begin wearing cornrows, braids, and locs,” culture journalist Ayana Byrd told Insider.

What is Crown Day? Here’s what to know about the holiday celebrating Black hair

“Instead, often what is happening is a whitewashing of the origins of the style,” the author of Hair Story: Untangling the Roots of Black Hair in America and Naked: Black Women Bare All About Their Hair, Skin, Hips, Lips and Other Parts, added.

A 2016 study by the Perception Institute showed a majority of participants, regardless of race, showed an implicit bias towards natural hairstyles.

Kim Kardashian MTV Awards cornrows
Kim Kardashian arrives at the 2018 MTV Movie And TV Awards at Barker Hangar on June 16, 2018 in Santa Monica, California. Steve Granitz/Getty
Byrd pinpointed how “at the same time that non-Black people are celebrated for wearing Black hairstyles, Black people are still being discriminated against.”

Cornrows, Senegalese twists, Fulani braids – all these unique styles are connected to a specific ethnic group across numerous African countries. They tell different origin stories and serve as markers of status depending country of origin.

Most important for activists, they were a distinct sign of heritage proudly displayed by the women to protect their hair from the harsh heat.

“Each tribe may have a certain hair style/braid style to differentiate themselves from other tribes,” Tamara Albertini, owner of Ancestral Strands, said.

With a salon in New York City and Washington DC, the stylist and braiding historian is known for creating eclectic designs based on the ancestral ties between Africans and Black Americans. She developed her holistic beauty regimen after learning how to braid as an adolescent.

“Braiding was just a hobby of mine up until I reached my early 20’s,” she told Insider. “It’s not until my mid twenties when I realized that braiding was much more than a style.”

Albertini explained that braiding is “a culture, spiritual connection, and had a story.”

“Even the word “cornrow” shows how long it has been a part of our history. The name comes because the style looked like rows of corn on plantations in the American South,” explains Byrd, noting they’re called “cane-rows” elsewhere in the diaspora where, as part of the transatlantic slave trade, Africans cultivated sugarcane instead.

Salons like Albertini’s can be found in predominantly Black neighborhoods all around the country, servicing the everyday women who grew up wearing these styles just like the people around them.

For stylists, they’re surviving aspects of a cultural tradition that couldn’t be erased with colonization, and that lives on in cultures within the African Diaspora extending to Latin America and the Caribbean.

While the older generation experiences a series of microaggressions that would follow them into adulthood, social media has shaped a new narrative for Gen Z around braids and other styles.

“Now, thanks to Instagram and smartphones, if you follow certain accounts, you are exposed to non-stop images of beautiful, artistic braided styles,” says Byrd. “And by seeing them all the time, they become a normal part of your ideas of what can be done with hair.”

“A younger generation will grow up believing that braids belong in school, churches, corporate boardrooms, medical school, wherever they want to wear them – places that we used to be told you had to wear straight hair,” she highlighted.

California became the first state in 2019, to sign the CROWN Act into law. Since then, ten more states have passed the legislation providing legal protections to Black women dealing with hair discrimination from employers and schools.

Despite the progress of the bill and a campaign to push it to a federal level, many critics argue that just one form of legislation isn’t enough to confront the systemic bias that Black women face in different aspects of daily life.

It’s Crown Day. Black women beauty insiders are advocating for the Crown Act to celebrate their natural hair
Byrd called for “increased sensitivity training around Black hair in the workplace, more exposure to the history of Black hair, and the history of racist attitudes and legislation against Black hair.”

For churchgoers during the Covid-19 pandemic, a deadly lesson from the 1918 Flu