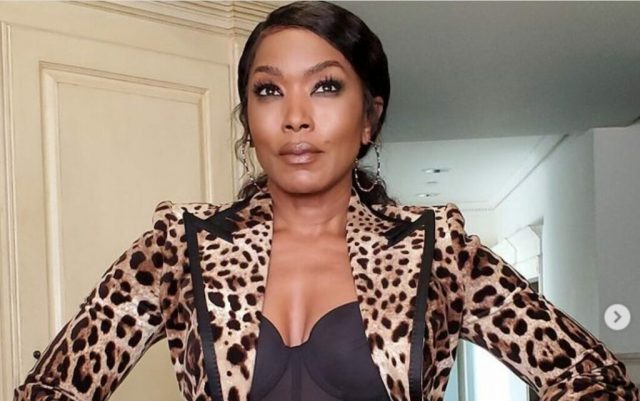 Bassett began her acting career in the 1980s, after graduating from Yale University. Following a few minor roles, including as Reva Styles in Boyz n the Hood (1991), Bassett had her breakthrough with her portrayal of singer Tina Turner in the biopic What’s Love Got to Do with It (1993), which garnered her a nomination for the Academy Award for Best Actress.

in 2021, following a series of pay increases on Fox’s drama series 9-1-1, the incomparable Angela Bassett has now made history as the highest-paid Black actress in broadcast TV history.

After a lengthy bout of negotiations ahead of Season 5, Bassett and other series regulars on 9-1-1 all received a promotion with Bassett’s extra pay of over $450,000 an episode being among the top salaries on network television for any actor, male or female, Deadline reports.

It’s a first for a woman of color on a broadcast drama series and a milestone many fans believe is long overdue. The Oscar-nominated actress also serves as executive producer on the series that director Ryan Murphy created for her. Bassett’s hefty pay comes through her starring role and EP title on 9-1-1 and its spinoff 9-1-1: Lone Star.

According to the numbers, Bassett’s increase brings her $125,000 per episode less than Grey’s Anatomy star Ellen Pompeo, ET reports. According to Forbes, Pompeo, the 10th highest-paid TV actress, currently rakes in $575,000 per episode on the hit hospital drama, earning her around $20 million per year.

If 9-1-1 lasts as long and acquires as much fanfare as Grey’s Anatomy, Bassett could be well on her way to becoming one of the highest-paid TV actresses of all time.

Other raises on the series include male lead Peter Krause, who received a 25% raise of around $300K per episode. Original cast members Aisha Hinds, Rockmond Dunbar, Kenneth Choi and Oliver Stark, as well as Ryan Guzman who joined in Season 2, are said to all be receiving a 25% raise to about $80,000 per episode, with the raise projected to go to $100,000 an episode in Season 6.

The raises came after debates over Stark being the only cast member to receive a pay increase in Season 4 despite having fewer acting credits than his counterparts. With Stark receiving a roughly 130% combined raise over the last 12 months compared to the 25% his seasoned co-stars received, raised conversations around Hollywood’s history of bias and unequal pay disparities.

In the end, everyone signed on the dotted line, and Bassett went on to make TV history.

Windrush Generation: 'They thought we should be planting bananas'

ChicRebellion.tv–The First and Only Internet TV Network for Women of Color