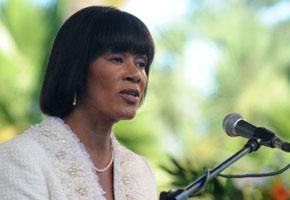 As Jamaica Prime Minister Portia Simpson Miller addressed her heavily indebted nation last month, the Caribbean leader reminded Jamaicans of her steadfast determination to not just balance the books but also people’s lives.
But with one of the world’s highest relative public debt burdens, the country that some are calling the Greece of the Caribbean could soon find that taking care of its most vulnerable is an obligation it cannot afford.