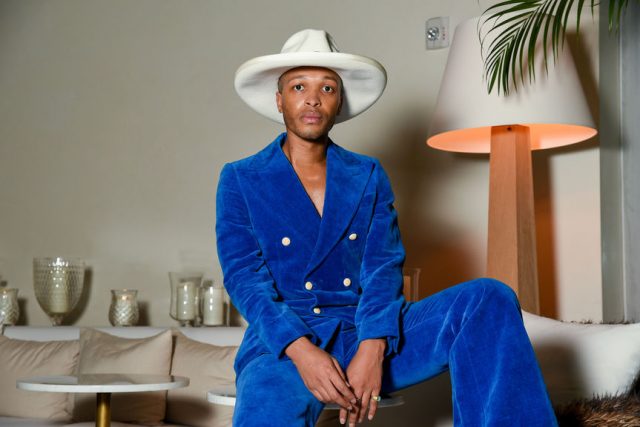 The 2019 Scene’s fall guide predicted that one of the highlights of this season’s visual arts calendar would be the Oct. 8 appearance by critic and curator Antwaun Sargent at Austin Peay. An essay from Sargent’s forthcoming book The New Black Vanguard was published in September 2019 in The New York Times, and it gives a great foundation for understanding the important work of the young but extremely prolific critic.

“There’s a burgeoning new vanguard of young black photographers,” Sargent writes, “who are working to widen the representation of black lives around the world — indeed, to expand the view of blackness in all its diversity.” Sargent sees his work as a form of visual activism seeking to challenge the “idea that blackness is homogeneous.”

In late September 2019, the Scene spoke with Sargent from his home in New York to talk about his work and his upcoming visit to the South. Read a snippet of that conversation below. Sargent will be at Austin Peay tomorrow at 6 p.m. — clear your calendars, fill your gas tanks, do whatever it takes to be there.

The story about your decision to start getting into writing and curating art is so specific, it’s almost like a superhero origin story. You saw, I think it was, Mickalene Thomas, is that right?

Yeah. As a kid I grew up in Chicago, I had access to really major encyclopedic museums and great contemporary art institutions, and there were some really great contemporary artists living there. And so, I’ve always been interested, I’ve always gone to museums. But it was also a thing where, growing up in the Midwest in a black family that didn’t have much, the ideas around what is possible for someone to do as a job or to devote their life to as a career — the ideas that we all devote our lives to one way or another — those are limited.

And so, what we had was doctors, lawyers and traditional career paths. So for the longest time, I thought I was going to be a lawyer. And I went to a high school that had a legal focus and I, in turn, did mock trials. I did legal nonprofit work, and then went on to Georgetown. I thought I’d spend four years in D.C. in the school of foreign service, and then I would go off to law school.

I was pretty fixed. I did that, and then I moved to New York to do Teach for America. And while I was in New York, I became friends with artists and people who were cultural workers in the New York art scene. And I was just blown away by the types of conversations that they were having around issues of identity, and equity, and beauty, and being, and all these things that I thought about — and then all of these things that I was invested in.

And so in 2012, Mickalene Thomas had a show — her first major survey at the Brooklyn Museum. I walked in and I saw these paintings. I just saw women I knew and their lives being reflected, which is to say something of my own life. I really want to write about this. And I really want to figure out a way to be close to what’s happening in an artist’s studio.

And so, I started to write about black artists, and that was eight years ago. And it has been hugely impactful on my own life, my own ideas, and challenging me to grow as a person.

Right. Plus, now you don’t have to go to law school.

That, too! We have enough lawyers in this world. I was happy to give up that dream to chase another one.

Yeah, absolutely. Have you heard any specific stories about someone having an idea about black people or about themselves that was changed by an artwork?

I can tell you a story about myself, actually. When I was in college in Georgetown, I took those critical theory course and we had to do these case studies and it was all these artists. And one of the artists was Kara Walker. I had never seen work like that before, that was challenging the narratives that we told ourselves as a country about the enslavement of black people in this country. And there were narratives that I had not been familiar with, and I really broke down in the class and had a really visceral reaction to her work that inspired me to learn more about it — and inspired me to eventually go on to meet her, and interview her, and write about her work, and really engage her point of view.

And I think that, more so than it changing me, it helped me to see that narratives are naturalized in this country. And the narratives that we tell ourselves over and over again, some of them are true and some of them are not. We should be approaching our histories and our institutions and the stories that we pass down — and photography, and art, and all these neat ideas — as being constructed from a human point of view. If we have that kind of perspective, we’re able, I think, to get closer to the truth of it all. And not just assume that because knowledge has been normalized, [that is] the truth.

And so, that was a critical moment for me personally, academically to realize that the ways in which race had been in history and beauty. And all these ideas that have been constructed, we’re looking deeper at, in some cases contesting.

Do you feel like this is an even more important conversation to have in the South? Sometimes it feels like the history of slavery is a lot closer in the Southern imagination. Maybe because Southerners have strong feelings about traditions and the South’s identity from that time, but it definitely feels like something that’s a little bit harder to grapple with for Southern artists.

My point of view is that every part of this country has to reconcile its relationship to this history. I think that history shows up differently in different parts of the country, but it’s still in every aspect of this country. I think about the Great Migration, people moving from the South who are being terrorized — they had to leave their homes for opportunities, for safety, for what have you. And those people spread out across this country. There’s parts of Chicago that remind you of Mississippi. And so, I think that while the South is a closer site, in some ways, to these histories, I think the histories live on through every institution and every person that lives here. And I think that what’s important is to expose the ways that those histories live on, because often we like to think of history as being progressive, as marching forward. And that has not often been the case. I think that showing where and how history intersects with each of our lives is super important. And I think that it’s just as important in the South as it is in the North or the West or the East.

Right — racial inequality is an American issue. It’s not a Southern issue.