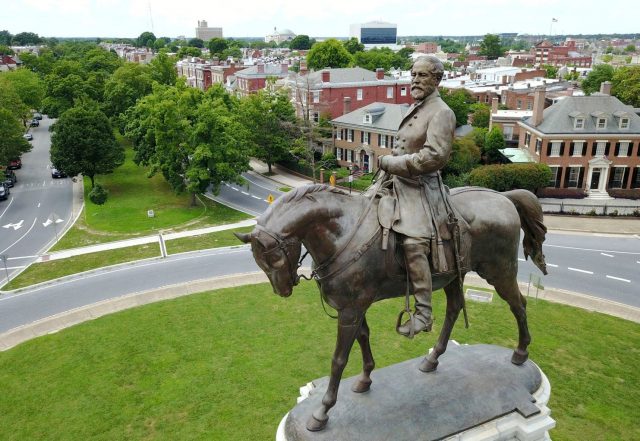 James Comey is a former director of the FBI and a former deputy attorney general.

White people designed blackface to keep black people down, to intimidate, mock and stereotype. It began during the 19th century and wasn’t about white people honoring the talent of black people by dressing up to look like them. It was about mocking them and depicting them as lazy, stupid and less than fully human. It was a tool of oppression. As a college kid in Virginia during the 1980s, I knew that and so did my classmates. But a whole lot of white people seem to not know that history or understand why blackface is so offensive, whether it’s practiced by a college student or a new doctor. The turmoil in Virginia — where I have lived most of my adult life, including nine years in Richmond — may do some good if it reminds white people that a river of oppression runs through U.S. history, deep and wide, down to today.

But the reporters hurrying to the state capital to cover this important story about a poorly understood tool of white oppression are literally rushing past much larger and more powerful symbols of that oppression — symbols born of a similar desire to keep black people down. There is no doubt that Virginia’s leaders need to be held accountable for their personal history, but every Virginia leader is responsible for the racist symbols that still loom over our lives.

The Confederate statues of Richmond’s Monument Avenue weren’t erected to honor the service of brave warriors. Those soldiers had been dead for decades before the statues went up. No, the statues were put up by white people, beginning in the 1890s, to remind black people that, despite all that nonsense of Presidents Abraham Lincoln and Ulysses S. Grant, as well as the so-called Reconstruction, we are back, and you are back down. The towering likenesses of Robert E. Lee, Jefferson Davis and Stonewall Jackson weren’t put up to celebrate history or heritage; they were put up as a message: The 13th, 14th and 15th amendments to the Constitution aren’t going to help you black folks because the South has risen from that humiliation. Jim Crow — a name rooted in blackface mockery — is king.

If you doubt that well-documented history — if you are tempted to buy the “heritage, not hate” rhetoric — ask yourself this question: “Where are the statues of James Longstreet?” Remember: Longstreet was Lee’s most trusted general, his second-in-command, his “Old War Horse.” Longstreet was a brave and talented warrior for the Confederacy from beginning to end. But there aren’t any Longstreet statues in Richmond — and there weren’t any at all until 1998, at Gettysburg. That’s because his service to the United States continued after the Civil War, and he did something inconsistent with the purpose of the statues, and of blackface: He treated African Americans as citizens of the United States. Longstreet agreed to serve his reunified country, joined Lincoln’s Republican Party and helped Grant protect the rights of newly freed black Americans.

Longstreet committed two unforgivable sins in the eyes of white supremacists: He criticized Lee’s war leadership, and he led an African American militia to put down an 1874 white rebellion in Louisiana. That’s why this central figure in Civil War history is not depicted among the other Confederate statues in Richmond. The statues were about only a certain kind of heritage, just as blackface was about a certain kind of storytelling. It was about hate, not history or art.

Blackface, and our elected leaders’ involvement with it, is an important subject, and our country must confront that part of our racist past. Those who did it, or lied about it, shouldn’t hold office. Past actions matter. But our present is filled with gigantic bronze embodiment’s of that same racism. They loom over Virginians every day. If Virginia’s leaders want to atone for a troubling legacy, changing state law so Richmond’s statues no longer taunt the progress of our country would be a good place to start. Expressing bipartisan horror at blackface photos is essential, but removing the statues would show all of America that Virginia really has changed.