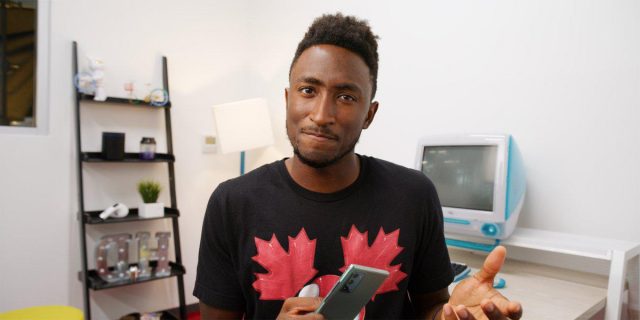 The Black Lives Matter movement has brought with it a whole host of people aiming to spread awareness and create change as a result. Support for the movement is certainly growing, highlighted by one-off specials like Channel 4 hosting a ‘Black Takeover Day’, but it’s really just the start. More needs to happen, and there are people out there who are hoping to fuel the change.

Social media is a massively powerful tool. It’s where most campaigns gain momentum and where knowledge can be shared with a huge audience, although there is, of course, a lot of misinformation out there too. On the whole, though, platforms such as Twitter and Instagram are being used for good. Of course, there’s the usual content like gamers reviewing adventures in Age of Gods at Mansion or people sharing images of their breakfast. Still, there’s also some authoritative voices gaining recognition and supporting the community. They don’t always get the attention they deserve, though.

So, with that in mind, we thought we’d go through some of black social media influencers worth following in 2020. They’re all sharing a variety of content worth keeping an eye on.

With the advancements in technology being made at a rapid rate, there’s a need for people like Marques Brownlee to give us the lowdown on the latest tech and keep us posted on any news and future developments. With over 2.5 million followers on Instagram, there’s clearly an appetite for his content. Marques Brownlee’s tutorials and technological product reviews around mobile phones, earphones and the like are well worth following.

Ava DuVernay is hardly unknown after directing numerous hit movies, but her presence on social media perhaps is. Known for her work in Selma, she shares stories and debates issues people of colour face in today’s modern world with her 2.5 million Twitter followers and her 2 million Instagram fans. A fairly recent post featuring her interview with the Washington Post was a particularly popular. She’s definitely an inspiring black woman.

Having amassed over 5.5 million followers, combined on both Instagram and Twitter, Yara Shahidi’s message is clearly spreading. The actress and social activist works alongside numerous young people to spread awareness around key social issues and spark engagement around them. Also known for her appearances in the sitcom Black-ish and Grown-ish, Yara Shahidi shares relatable content and is educating the world on a daily basis.

With over 2.7 million followers on Instagram, Shayla’s beauty tips for black people have been helping women out for years now. With make up tutorials and helpful images shared, Shayla is a black social media influencer who has registered great success, launching two make up collections with Colourpop Cosmetics as a result. We salute you, Shayla.

An influencer making powerful noises at the moment around the Black Lives Matter movement, DeRay McKesson is a former school administrator with a leading voice in the fight against racism. He has built up a following of over a million people on his social media platforms with his thought-provoking content.

We all need a bit of holiday inspiration every now and then, right? Well, with a little help from Asiyami Gold, you can find out the latest on travelling and a variety of other topics, although her specialities are around travel and photography. With over 312,000 followers on Instagram, she’s well worth a follow.

How NOT to waste Money, when starting off in the Music Industry