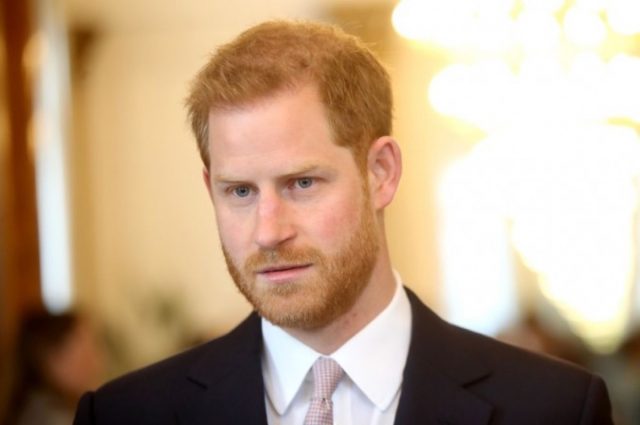 BY PRINCE HARRY THE DUKE OF SUSSEX

Amid a crisis of health, hate, and truth online, companies need to take a stand for a more compassionate digital world, writes Prince Harry, the Duke of Sussex.

A little over four weeks ago, my wife and I started calling business leaders, heads of major corporations, and chief marketing officers at brands and organisations we all use in our daily lives.

Our message was clear: The digital landscape is unwell and companies like yours have the chance to reconsider your role in funding and supporting online platforms that have contributed to, stoked, and created the conditions for a crisis of hate, a crisis of health, and a crisis of truth.

We did this at the same time as the launch of a civil rights and racial justice campaign called Stop Hate For Profit, which sought to change online policies around hate speech—in this case, policies at Facebook—by urging companies that regularly purchase digital ads on the platform to withhold their advertising spending for the month of July. As of the end of last month, the campaign (led by respected organisations such as the Anti-Defamation League, Color of Change, and the NAACP) sent a $7 billion message through withheld ad dollars.

Some may ask why a change campaign would take aim at online advertising. Well, many of us love and enjoy social media. It’s a seemingly free resource for connecting, sharing, and organising. But it’s not actually free; the cost is high. Every time you click, they learn more about you. Our information, private data, and unknown habits are traded on for advertising space and dollars. The price we’re all paying is much higher than it appears. Whereas normally we’re the consumer buying a product, in this ever-changing digital world, we are the product.

While companies made their own decisions about what to do in July, we felt it necessary to say our part about the rise of an unchecked and divisive attention economy. We’ve always believed that individuals and communities thrive when the frameworks around them are built from compassion, trust, and well-being. Sadly, this belief is at odds with much of what is being experienced by people on social media.

From conversations with experts in this space, we believe we have to remodel the architecture of our online community in a way defined more by compassion than hate; by truth instead of misinformation; by equity and inclusiveness instead of injustice and fearmongering; by free, rather than weaponised, speech. This remodeling must include industry leaders from all areas drawing a line in the sand against unacceptable online practices as well as being active participants in the process of establishing new standards for our online world. Companies that purchase online ads must also recognise that our digital world has an impact on the physical world—on our collective health, on our democracies, on the ways we think and interact with each other, on how we process and trust information. Because, if we are susceptible to the coercive forces in digital spaces, then we have to ask ourselves—what does this mean for our children? As a father, this is especially concerning to me.

In the 1970s, there was a groundbreaking study on the societal effects of lead exposure and kids. The research found a clear connection between lead accumulation in children and their mental development. There’s no debate over the dangers of lead today, but at the time, the development was met with strong resistance from industry leaders (lead was used widespread in products such as gas, house paint, and water pipes). Eventually, sweeping health and environmental reforms were put in place to change this. We knew something was harmful to the health of our children, so we made the necessary changes to keep them safe, healthy, and well.

Researchers I’ve spoken with are studying how social media affects people—particularly young people—and I believe the book of data that we will look back on one day will be incredibly troubling.

WHEN WE DO THE RIGHT THING, WHEN WE CREATE SAFE SPACES BOTH ONLINE AND OFF—EVERYONE WINS.

Around the world, for many reasons, we are at turning point—one that has the potential to be transformative. In all areas of life, a rebuilding of compassionate, trustworthy communities needs to be at the heart of where we go. And this approach must extend to the digital community, which billions of us participate in every day. But it shouldn’t be punitive. When we do the right thing, when we create safe spaces both online and off—everyone wins. Even the platforms themselves.

Meghan and I heard similar arguments made by humane tech leaders with whom we convened at Stanford University earlier this year, by internet law experts, by neuroscientists, and most importantly by young people who have grown up in a fully connected world.

We have an opportunity to do better and remake the digital world, to look at the past and use it to inform the future. We must take a critical eye to the last two decades, where advancements in technology and media have outgrown many of the antiquated guardrails that once ensured they were being designed and used appropriately. It shouldn’t be seen as a coincidence that the rise of social media has been matched by a rise in division amongst us globally. Social media’s own algorithms and recommendation tools can drive people down paths toward radicalism and extremism that they might not have taken otherwise.

There are billions of people right now—in the midst of a global pandemic that has taken hundreds of thousands of lives—who rely on algorithmically driven information feeds to make judgments about fact vs. fiction, about truth vs. lies. One could argue that access to accurate information is more important now than any other time in modern history. And yet, the very places that allow disinformation to spread seem to throw their arms up when asked to take responsibility and find solutions.

We all need a better online experience. We’ve spoken with leaders across the racial justice movement, experts in humane tech, and advocates of mental health. And the collective opinion is abundantly clear: We do not have the luxury of time.

We need meaningful digital reform, and while the role of policymakers and regulators is important, we can’t just wait for them to take the next steps. This is a moment for companies around the world—companies with business and advertising models directly tied to digital platforms—to consider how they can bring about reform to ensure the betterment of all.

WE HAVE AN OPPORTUNITY TO DO BETTER AND REMAKE THE DIGITAL WORLD, TO LOOK AT THE PAST AND USE IT TO INFORM THE FUTURE.

It was reported recently that, for the first time, spending on digital advertising is set to eclipse ad spending in traditional media. Think about what this means. The standards and practices advertisers rely upon when placing their commercials on television, for example, do not apply when it comes to the online space—arguably, the largest broadcaster in the world. And for the first time in history, the ad spend in this relatively lawless space is beginning to overshadow the more traditional spaces. No manufacturer is likely placing their television soap ad next to this type of toxicity, yet due to the nature of the digital world, that advertisement could be sandwiched between inciting propaganda.

So there is huge value in advertisers sitting at the table with advocacy leaders, with policy leaders, with civil society leaders, in search of solutions that strengthen the digital community while protecting its free and open nature.

For companies that purchase online ads, it is one thing to unequivocally disavow hate and racism, white nationalism and anti-Semitism, dangerous misinformation, and a well-established online culture that promotes violence and bigotry. It is another thing for them to use their leverage, including through their advertising dollars, to demand change from the very places that give a safe haven and vehicle of propagation to hate and division. We’re hopeful to see this approach amongst industry leaders become reality. For one, the industry group GARM—the Global Alliance for Responsible Media—has committed to evaluating standards and definitions around online hate speech.

But this is just the beginning. And our hope is that it’s the beginning of a movement where we, as people, place community and connection, tolerance and empathy, and joy and kindness above all. The internet has enabled us to be joined together. We are now plugged into a vast nervous system that, yes, reflects our good, but too often also magnifies and fuels our bad. We can—and must—encourage these platforms to redesign themselves in a more responsible and compassionate way. The world will feel it, and we will all benefit from it.

Very good points here – but Social Media has noticeably dragged its feet for years over this matter. Surely with new technologies and AI they can stop immediate showing of comments and videos. It is better to protect – than to be real time. All nasty and cruel comments can be tracked down.

Journalists are also guilty of bullying and racism, though they try to do it in a covert manner, and think they are fooling us, but they are not. Harry would have experienced this first-hand and felt the pain as his wife was needlessly attached for the slightest action, and noted how newspapers would stoke up cruel comments for extra hits on their websites.

There are a sizeable minority of people who like to spoil the atmosphere for others and it leads to bullying, racism, sexism and homophobic slurs being very common online.
Is free speech really free – when people are being hurt emotionally by comments people would not dare say face to face.

African Fabrics – The History and Background