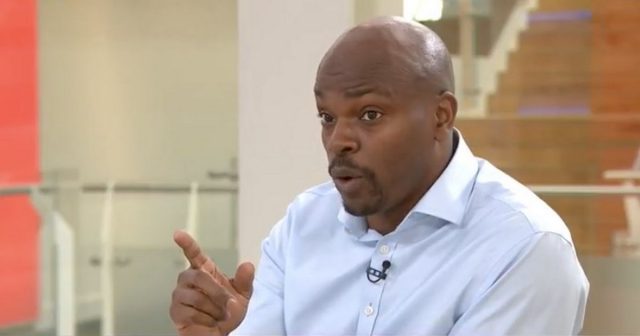 There’s a good chance that some of your colleagues take drugs.

Blue collar workers already face drug tests, so why has my proposal for offices been so controversial? If it’s required of someone in a hard hat, then we can ask it of someone in an Armani suit

Why should the middle classes be exempt from drug testing when they’re more likely to take drugs?

If you work for a big company in London, there’s a good chance that some of your colleagues take drugs. Not every day, maybe not every week. But when the mood strikes, out comes the phone and off goes the text to a dealer.

It’s a big problem — so it needs a big effort to tackle it. That’s why I’m proposing a Drug Testing Charter. As Mayor, I’ll ask businesses with over 250 employees to carry out regular anonymised drug tests. And every year, I’ll publish a league table showing which companies have the highest and lowest rates of drug use.

This proposal has helped to restart the conversation around drug use. Which is great. But it has also caused some heated discussions. So let’s remember that what I’m proposing is already standard practice in many blue-collar jobs — or what you might call “working-class jobs”. Lots of builders have been in touch to point out that drug testing is mandatory in the construction industry. If builders refuse to take a test, then they’re not allowed to work. And the construction industry hasn’t suffered as a result.

We’re kidding ourselves if we think that drug use in any form is harmless. Every time someone buys drugs, they’re not just committing a crime; they’re funding crime. Every drug deal funds human trafficking. Every drug deal helps gangs buy weapons. Every drug deal fuels the violence and knife crime that we see on London’s streets.

And that violence is on the rise. London’s streets are less safe now than they were four years ago. Knife crime is up 60 per cent. Burglaries are up 12 per cent. Muggings are up 56 per cent in the last three years. While not all of this is down to drug use, a lot of it is. So don’t you think it’s time we did something about it?

Why should the middle classes be exempt from drug testing when they’re more likely to take drugs?

I believe that Londoners have a right to safe streets. And I believe that it’s the Mayor’s responsibility to deliver them. So the Drug Testing Charter will be a step in the right direction. For too long, we’ve lived with the idea that middle-class drug use is polite, or not that harmful, or a drop in the ocean. It’s none of those things. Cressida Dick, the Met Police Commissioner, said that middle-class drug users have blood on their hands. She’s not wrong.

Theo Paphitis, a businessman I admire, has joined the debate. He agrees that we need to tackle drug use by cutting off demand. But he’s concerned that the Drug Testing Charter will punish big businesses.

I want to reassure him that I’ll always back our businesses, large and small. They put London right at the heart of the British economy. But they’ve got more than economic power: they’ve got social power. And by working together, we can harness that social power and bring about real change. Far from punishing businesses, the Drug Testing Charter could help them enforce their own drug policies.

At the end of the day, we need to make public safety a priority. We live in a city where crime is on the rise and people are afraid to walk alone at night. Public safety isn’t a middle-class issue or a working-class issue; it’s an issue for every resident in every community.

As Mayor of London, I’ll ask businesses with over 250 employees to carry out regular anonymised drug tests

I was a youth worker for over 20 years. I helped people in underrepresented communities across London. So I’ve seen the damage that drugs cause. Every dinner party that includes a few lines of coke leaves a trail of violence in deprived council estates — council estates like the one I grew up in. And as we’re seeing, that violence spreads quickly to the richest parts of London.

So let’s come together and do something about it. Let’s shine a light on the problem of middle-class drug use. And together, let’s make this a safer city. After all, a safer city isn’t just good for Londoners. It’s good for business too.