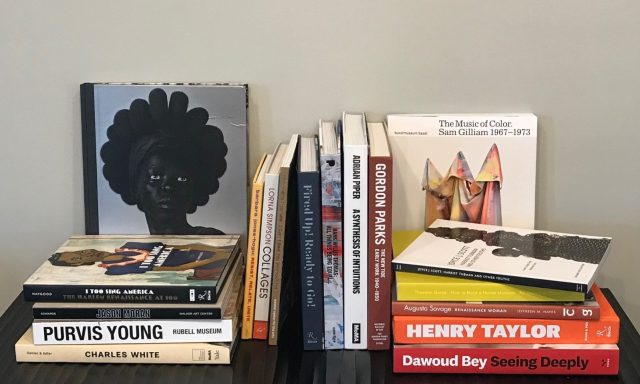 Over the past few weeks in the midst of global Black Lives Matter protests, book shops everywhere have been raided. These paying online looters comprise a readership that has been privileged enough to socially isolate, with the temporal and financial capital to buy important “novelty” books. Having slept so long and so profoundly, these looters are now ravenous for education.

Their top choices include Ibram X Kendi’s How to Be an Antiracist, Reni Eddo-Lodge’s Why I Am No Longer Talking To White People About Race and Robin DiAngelo’s White Fragility. This new readership has been spotted lurking on social media, patiently sifting through social media posts – bookmarking, collating, retweeting and even soliciting other people’s anti-racist reading lists and resources from anyone who may have one hidden in a drawer somewhere.

I suppose this is a very cynical, angry take. But I will not apologise for my anger and instead I will work through it, aided by the words of the magnificent Audre Lorde: “My response to racism is anger… women responding to racism means women responding to anger; the anger of exclusion, of unquestioned privilege, of racial distortions, of silence, ill-use, stereotyping, defensiveness, misnaming, betrayal and co-option”. For those collating, you can find these words in Your Silence will not Protect You. There’s another title for your anti-racist reading list.

As a Black educator, parent, activist, I am angry. A lot. Anger is the main feeling so many of us have had to manage for the longest: we harness it, hide from it and learn to live with it – not because we want to, but because we have to.

It’s exhausting. The constant processing of human suffering, and the pressure to not be angry for our kids, our colleagues, our representatives, our managers, our interlocutors. Today I am owning my anger. As a woman of colour I am used to concealing it, because we all know the tropes. But now I am claiming my anger and the hurt that you – dear socially distanced literary looters – are only waking up to today. But we can’t let it. Have a cup of tea, dear. Calm down and carry on. Anger will consume us all, I hear you say. We have to learn to listen to other people’s anger, to respect it, make space for it and acknowledge that as Sara Ahmed argues, anger has the transformative power that we need to remake the world anew.

If you share our anger and want to commit to lifelong anti-racist education that extends beyond this moment in history, here is what you can do.

Commit to lifelong antiracist education. Go beyond the statements of intent and solidarity. Back up your good intentions with long-term change and actions. Consider the impact of your actions and intentions more than anything else. What capacity do you have (time, resources, networks of power)? What are you materially and tangibly dedicating to this? Be honest – What are you willing to risk?

Take leadership from lived experience. This includes Black educators, Black youth, Black parents, Black activists, Black academics. Black and global majority people are the experts. Are you listening to them? If you are, how are you amplifying their voices and their work?

Contribute to institutional and systemic change. As an educator, will you strive for the curriculum to become anti-racist? Will you examine policies, practices and biases where you work? Will you demand an end to the historical and persistent institutional abandonment of Black children who have been over-excluded and under-educated for decades in Britain?

What are we collectively going to do about the structural, political, economic and social factors that account for 50 per cent of all children in youth prisons being Black and Brown? Those harmed by racial capitalism will be deemed responsible for rehabilitating themselves into a system that has always disabled and excluded them. A society that sees some lives, Black lives, as disposable. Are you prepared to unlearn exclusionary, punitive logics that condemn Black lives to the margins? Are you willing to abolish the ideology of Whiteness that keeps on reproducing itself at the expense of young Black children in education?

Anti-racist education: tell me. Are you here to stay?